It’s Time For Bhubaneswar To Script A Fairytale Of Waste Management, A La Boras 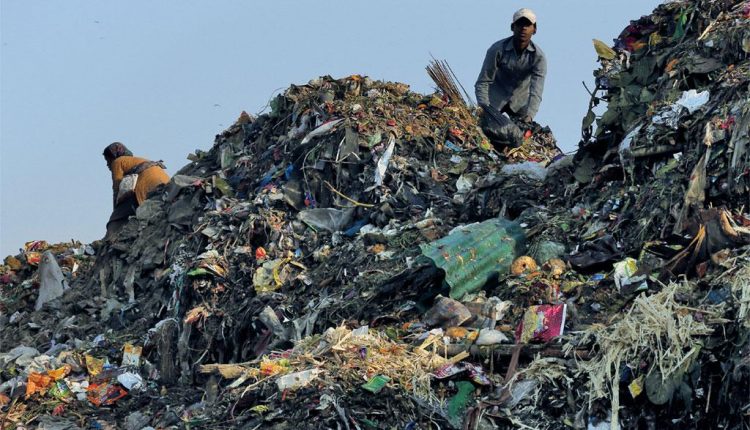 Bhubaneswar’s dream of becoming an Indore sounds good, but the journey to become India’s cleanest city is neither easy nor smooth.

Why not try that journey through a sustainable way.

Some years ago, I had an opportunity to visit Borås, a small town in Sweden. During my short stay, I was able to interact with residents, schools, university professors, industries, local government leaders to understand precisely how this small town was able to script a sustainability story that can be called a fairytale for a part of the world where I was born and groomed.

Cities across the globe are at risk of creating enormous problems with their waste due to lack of sync with sustainable practice, which includes waste minimisation, segregation and recycling by avoiding issues such as groundwater pollution, uncontrolled dumps, dioxin emissions and other environmental pollutants from fires in dumps as well as limited resources being exhausted. It’s a very much regular practice that differentiates cities — those which are able to solve their garbage problems across the globe and those which find excuses.

Indian cities are struggling to achieve sustainable practice despite having a law in place for over two decades. Had there been effective implementation of Municipal Waste Management Handling Rule 2000, a scientific waste management system would have been in place in Bhubaneswar by now. But fact is, Bhubaneswar is still stuck with a garbage disposal system that begins and ends with ideas of politicians and bureaucrats.

Every Mayor & Municipal Commissioner do have their dream to transform Bhubaneswar. But the moment their tenure is over or they are transferred, all their efforts are replaced by new ideas of their successor. No one is ready to follow up their predecessor’s ideas and plans.

Over the last decade or so, a lot of advocacy and financial resources have been devoted towards clean cities in various names, but the result has not been too encouraging when compared with some of the international cities. The reality is that Indian cities are yet to put in place a system where waste is no more a waste, but a revenue-generation mechanism.

Away from India, the demand for waste solutions is enormous all over the world. Sweden is one such country that turned its ugly problems with sustainable practices in waste management, which is highly appreciated globally. It didn’t happen overnight, but though a structural instruments intervention.

Until the mid-1970s, waste treatment processes used in Sweden consisted of landfill or combustion, which is the present approach of Bhubaneswar and many other Indian cities. Like India brought its waste management handling rule in 2000 based on a Supreme Court judgment, the Swedish government decided to make some real changes through improved waste management and increased recycling, which later become the responsibility of each local authority. The result may surprise many, as today only a very small amount of waste goes to landfill thanks to increased waste segregation as well as material and energy recycling.

The results of Swedish model can be visualised in Borås, the small town with about 102,000 residents in western part of the country. This city no more lives in the 70s, when due to textile industries its rivers often kept changing colours along with flush of dyes and the streets were full of garbage. It’s now a model not just for Europe but also rest of the world — not for textile but waste management.

Borås no more manufactures textile, flushes dyes into rivers or dumps garbage in the streets. Yet, it is one of the leading cities in textile business across the globe. Its textile mills have been converted into textile engineering schools, universities and museums. Of the total garbage produced, 30% fuels the city’s public bus transport, waste carrying trucks, even cars using bio gases; 27% is recycled by industries; remaining 43% goes to incineration which further generates energy for city’s district heating systems.

With a population of just over 1 lakh, Borås is on a mission to achieve ‘zero-waste’ city status, havinh started somewhere around early 1990s with just 3000 households. The beauty of Borås’ story is that it’s a result of active partnership between citizens, industry, university, business establishments and local governments at various levels in strengthening the waste management systems.

The dream of Borås was practically possible with its unique recycling model, which enables the city to take care of neglected resources such as waste and sewage sludge and transforming it into district heating, district cooling, biogas and electricity.

Even though the amount of waste has notably increased in recent times, Borås residents are still better at segregating and disposing waste. Every resident is required to separate household wastes into 30 categories such as packaging, metals, glass, plastics, paper, batteries etc. Ultimately, 99% of Borås’ household waste is either recycled or used for energy recovery.

In Borås, children are taught in school on how to segregate garbage at source, even local governments provide every household with a mini tabloid that explains how to segregate, and when and where to dispose of wastes in the city with examples of 130 items. Local government also provides white and black bags to every household free of cost and gives tax discount on segregation of wastes including placement of recycling containers to encourage citizens to use the facility.

Why can’t Indian cities, including Bhubaneswar which is and aspiring Smart City, leapfrog to where Boras stands today by scripting a fairytale in less than half a decade within the city than venturing waste dumping as well as processing plant into an unending story of disputes amongst the villages 25 km away from the city?

The Borås model is not very expensive. All that is needed is for Bhubaneswar or any other Indian city to build a sustainable partnership between citizens, industry and research bodies along with incentives for a change in perception of looking at garbage as a social challenge than an engineering solution.

Hope Borås, the little town of Sweden, can inspire India through the temple city Bhubaneswar.