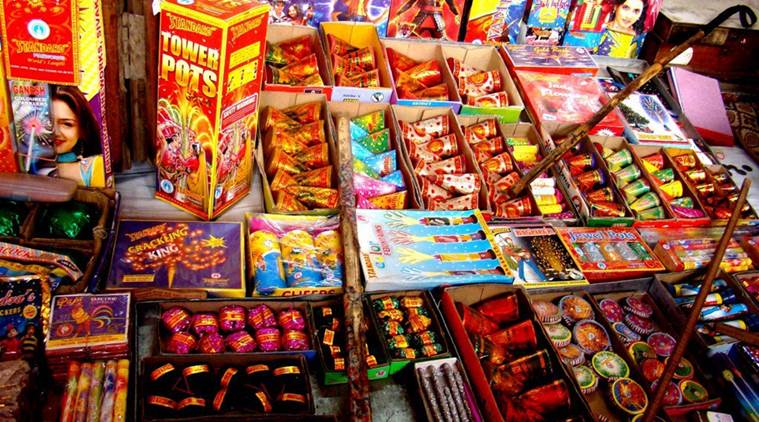 Cuttack: Firecrackers worth Rs 5 lakh were seized during a raid on an illegal manufacturer shop at Gopal Sahi under Bidanasi police limits in Cuttack district on Tuesday night.

Crackers and even materials used in making the crackers were seized during the raid.

The raid team led Bidanasi Inspector-in-Charge seized the unit of one  Bikram Kesari Das. An aide of Das was detained and questioning is on, the IIC added.

Raids were carried out at Jagatpur also and large quantity of the materials were also seized.

Teams were formed under the direction of Cuttack ACP to check illegal sale of polluting crackers and unlicensed shopkeepers selling crackers in violation of the Supreme Court and High Court orders.

Also Read: Shopping For Green Crackers This Diwali? Know Where To Buy

More raids are on to find out persons selling crackers, the IIC added. It may be mentioned that the Special Relief Commissioner has issued a set of guidelines, on the direction of the Orissa High Court, for sale and use of fire crackers.

As per the SRC order, sale and use of fireworks is limited to only “green fireworks” that conform to the definition and formulation as proposed by  CSIR-NEERI. (Council of Scientific and Industrial Research — National Environmental Engineering Research Institute)

Only those traders/ dealers who obtain and produce certificate from the PESO (Petroleum & Explosive Safety Organisation), after due inspection of their existing stock, certifying that the green fireworks stocks in their possession conform to the definition and formulation proposed by CSIR-NEERI and are genuine shall be allowed to sell their products.

Also Read: Know Green Firecrackers You Can Use This Diwali In Odisha

Why Is There A Sudden Rush For Cardiac Tests In Hospitals?