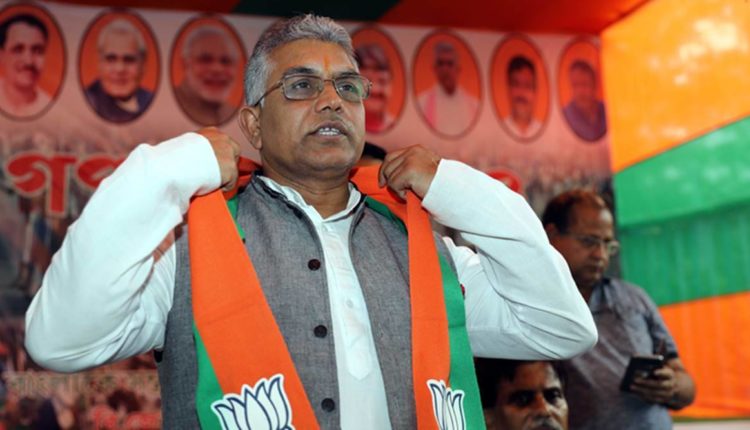 Kolkata: The political temperature in election-bound West Bengal kept soaring as the major parties pointed at each other for chanting ‘violent’ slogans at their rallies.

Notably, the hate slogan of ‘goli maaro saalo ko’ was used by Union minister Anurag Thakur in Delhi last January when he was commenting about protestors at Shaheen Bagh, who were agitating against the implementation of NRC and CAA.

BJP’s West Bengal chief Dilip Ghosh quipped that the TMC is synonymous with violence, as their chants prove.

“The TMC has carried on the legacy of the former Left Front government and violence is common in every corner of West Bengal… now even their chants resemble the same,” Ghosh said.

“This slogan is BJP culture. A central minister started it against those protesting against NRC at Shaheen Bagh last year. Instruction has already been issued to party workers not to repeat this slogan. Our party does not approve of such slogans and such culture. This is the culture of BJP,” Roy claimed.

BJP spokesperson Shamik Bhattacharya is of the opinion that the BJP is justified in chanting the slogan, not the TMC.

“BJP is a party of hooligans. And the chanting of that slogan proves the same DNA is also present in TMC. Both BJP and TMC are pushing the country and Bengal to the worst situation,” said CPI(M) MLA.