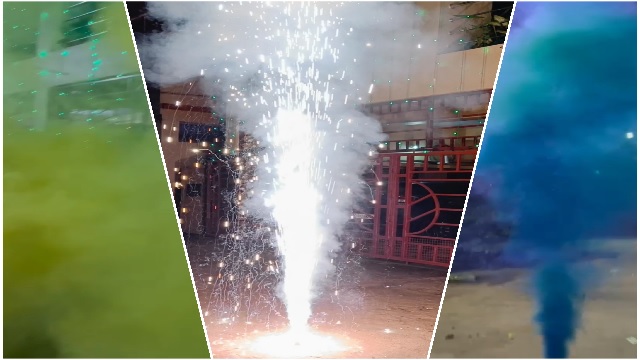 The officials said that the enforcement and regulation of timing from 8 pm to 10 pm of bursting firecrackers partially helped in keeping the pollution level of the city in check.

The OSPCB found higher levels, almost double the permissible limit, of PM10 and PM2.5 at six monitoring stations in Bhubaneswar. The level of PM10, a prominent pollutant in the air, jumped to an average of 169 mg/m3 in the city on Diwali night compared to the average of 108 mg/m3 on the pre-monitoring day of October 18, stated a TNIE report.

The air quality jumped to poor and nearly poor under Capital Police and Khandagiri police limits as the PM10 level in both areas remained at 212 mg/m3 and 195 mg/m3 respectively.

Likewise, the sulphur dioxide (SO2), which was Below Detection Limit (BDL) on the pre-monitoring day, remained in the range of 4.9 to 7.6 mg/m3 at four of six monitoring stations. The level jumped to 9.6 mg/m3 and 10.9 mg/m3 at Khandagiri and IRC-Village respectively.

The PM2.5 level also increased to 67 mg/m3 against the average 38 mg/m3 on the pre-monitoring day. At 80 mg/m3 the level of this pollutant was the highest in Palasuni area on Diwali night.

If PM10 is excess in ambient air, it can move up the upper respiratory airways and can cause infections and irritation, while PM2.5 can easily enter the lungs and can stay in the organ for a long time.

“Prior to Diwali, the level of PM10 was below the permissible limit at many places and just above at two places. But after Diwali, PM10 has been found to be significantly higher. This happens on most Diwali, though it was on the lower side this time around,” TOI quoted senior environmental scientist Niranjan Mallick as saying.

It is pertinent to mention here that Commissionerate Police issued guidelines on the bursting of firecrackers in Bhubaneswar allowing only for a period of two hours.