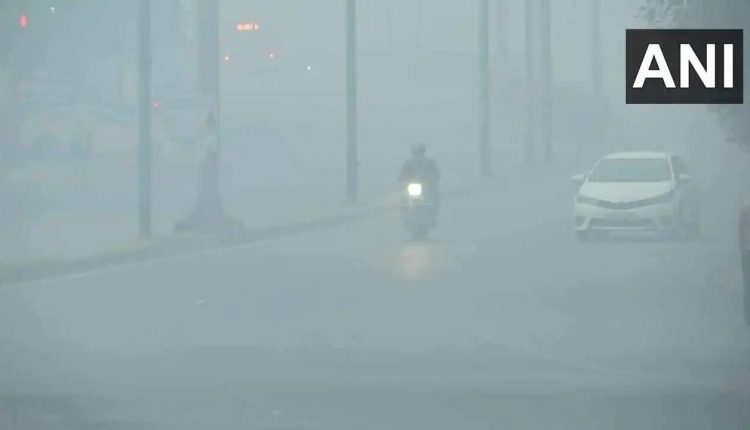 New Delhi:  Consider this. Over 330,000 people died in 2020 of exposure to particulate matter from fossil fuel combustion. That’s 1.2 deaths every two minutes. Yet India has stated plans to increase the use of coal power.

Governments the world over have been warned against their fossil fuel obsession and have been urged to strengthen health programmes. According to a new report, the “Lancet Countdown on Health and Climate Change”, the continuing subsidies and priority given to fossil fuels are leading to an increased risk of food insecurity, infectious disease transmission, heat-related disease, energy poverty, and deaths from exposure to air pollution.

In the US, approximately 32,000 deaths were linked to particulate matter pollution, over a third of these directly related to fossil fuels. China accounted for about 380,000 deaths, while in Europe this was 117,000.

Most countries are way off target to cut emissions. By 2030, they are meant to cut emissions by a hefty 43% over the 2010 levels to meet the Paris Agreement goals. But the current emissions are almost 14% above 2010 levels. Many nations, including in Europe, have increased the use of fossil fuels, especially after the Ukraine war.

The report details the linkages between climate change and air pollution. Fossil fuel combustion produces climate change-causing greenhouse gas emissions and harmful air pollution. Air pollution harms every major organ system in the body. Children are uniquely susceptible. The report has pegged approximately 32,000 deaths in the US to exposure to PM 2.5 pollutants at $142 billion in 2020 or 0.7% of the GDP.

Most major countries are still subsidising the fossil fuel industry, some of them spending more on this than on their health programmes. In 2019, this was estimated to be $400 billion by 69 nations. India’s subsidy is estimated at $34 billion, China’s at $35 billion, 15 European nations spent one billion Euros each and in the US it is ‘conservatively’ estimated at $20 billion, NDTV reported.

Current policies put the world on track for 2.7 degrees Celsius warming (over pre-industrial times) by the end of the century, but as this year’s heatwaves, floods and cyclones have shown humans can barely cope with the current 1.1 degrees Celsius C warmer temperatures.

The report put together by 99 experts from over 50 organisations, including the World Health Organisation and the World Meteorological Organisation, wants global leaders to pivot the spending to a health-centric approach. This is an immediate call to action. The current approach of governments in subsidising fossil fuel over lives could lock in a ‘fatally warmer future.’

The Covid pandemic was a setback to climate action. The report estimates that less than a third of the $3.1 trillion allocated to economic recovery is likely to reduce greenhouse gas emissions or air pollution, with the net effect likely to actually increase emissions.

In India, climate change is amplifying the health impacts of multiple crises. The duration for growing crops like rice, wheat and maize is slowly decreasing. Heat-related deaths increased by an estimated 55% between 2017 and 2021 compared to the first four years of this century. In 2021, Indians lost potential labour hours due to heat exposure with income losses equivalent to about 5.4% of the national GDP. Air quality in rural homes is worse off because of a high reliance on dirty fuels – it’s about 35 times more than the WHO’s safe limit, according to the report.

The window to keep global warming under 1.5 degrees Celsius is rapidly closing. Averting “catastrophic” health impacts now depends on political will. The scientists, doctors and data experts behind this report are clear that theirs is a technical report but they are “not afraid” of politics. Our collective failure to address climate change is political, they say, not technical. It’s now up to global leaders to work out how to put health at the centre of a political response. They have a chance in a couple of weeks when the UN climate conference, COP27 begins in Egypt.