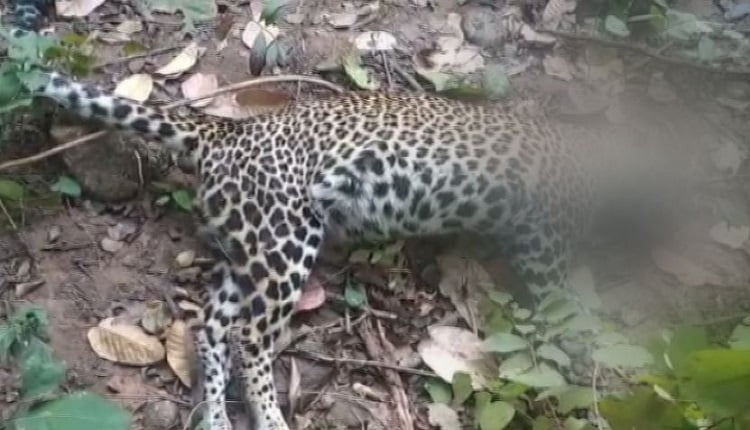 Angul: The postmortem of the carcass of a male leopard found in an open field inside Hatidhara forest under Athamallik Forest Range in Odisha’s Angul district on Friday was conducted on Saturday.

As per the information of the Athamallik DFO, the forest guards had spotted the carcass of a male leopard at about 11 am on Friday and informed the higher officials. Following information, a team of senior officials of Angul Wildlife Division and Athamallik Forest Range rushed to the spot.

The carcass was later brought to the Athamallik range office where the postmortem was conducted on Saturday. Later, the carcass was burnt by the forest staff.

“Since no outer injury has been found on the body of the three-year-old leopard, it is clear that there was some internal injury. We are waiting for the postmortem report to ascertain the exact cause of its death,” the DFO pointed out.

Rukuna Rath Yatra Is Unique In Many Ways