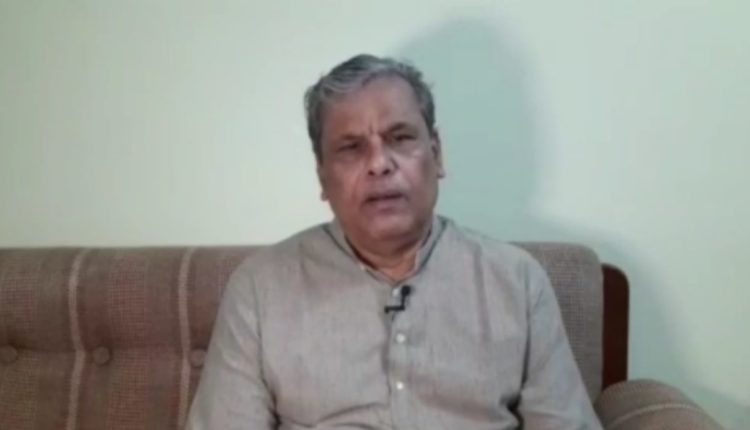 Bhubaneswar: Call it the vaccine politics and poster war, the BJP at the Centre and BJD in the state have been putting in their might to  take credit for the COVID-19 vaccination drive, which in fact is people’s right.

Former Union Minister Srikant Jena once again forward to speak for the people and urged Prime Minister Narendra Modi and Chief Minister Naveen Patnaik to concentrate on measures to increase the  number of vaccinations and motivate people to come forward to take the jab instead of waging a meaningless war.

In a video message Jena expressed sorrow over the poster war which is going on in Odisha and questioned, “Why should there be a picture of Prime Minister on vaccination certificate and Odisha Chief Minister’s posters in vaccination centres when it’s a national exercise? Never have there been any such claims over vaccinations in India.”

“If at all, a photo of the President of India or the Father of the Nation can be used instead of the PM or CM,” Jena said.

Recollecting the days under the leadership of former chief minister Biju Patnaik, Jena said “When Biju babu was asked why his pictures were not put up anywhere though he is taking several development activities for the welfare of the state, he said good work speaks for itself.”

Citing the example of the great leader of Odisha, Jena said COVID is a matter of national concern and every individual is affected. “Under such circumstances, instead of fighting for credit over the vaccinations, the PM and CM should focus on how rapidly can all the people be inoculated so as to save precious lives.”

The poster politics came amid the statewide vaccination drive on campaign mode launched by the Odisha government with a target to vaccinate three lakh people a day from June 21, in line with the Centre’s announcement of free vaccination for those in the 18-44 age groups.

BJP supporters tore up posters of Chief Minister Naveen Patnaik at different vaccination centres across the state and even heckled health officials at some centres.

Private COVID Vaccination Centres In Odisha To Get Refund On…

COVID Vaccination Of Pregnant Women In Odisha After July 15