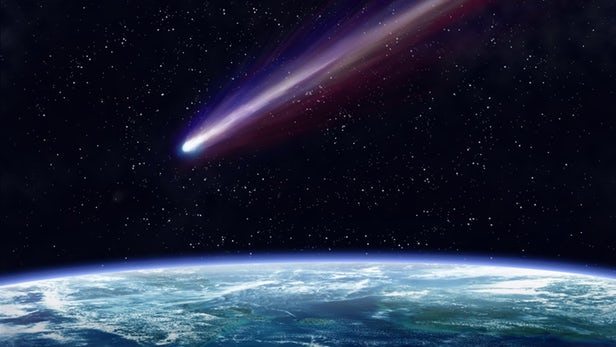 The National Aeronautics and Space Administration (NASA) has said that a huge asteroid called ‘Asteroid 2020 ND’ will move past planet Earth on Friday, July 24.

Terming the asteroid as “potentially dangerous”, judging by its distance from Earth, NASA has informed that it is travelling at a high speed of 48,000 kilometres per hour.

“Potentially Hazardous Asteroids (PHAs) are currently defined based on parameters that measure the asteroid’s potential to make threatening close approaches to the Earth. Specifically, all asteroids with a minimum orbit intersection distance (MOID) of 0.05 au or less are considered PHAs,” NASA said in a statement.

NASA further stated that even if an asteroid is classified as PHA, it will not necessarily impact the Earth. “It only means there is a possibility of such a threat. By monitoring these PHAs and updating their orbits as new observations become available, we can predict the close-approach statistics and thus their Earth-impact threat better,” NASA observed.

There are nearly 1 billion asteroids with diameter greater than 1 metre, but it’s only the ones that are larger than 30 metres that can cause significant damage to our planet. Around 30 small asteroids hit the Earth every year without causing any significant damage.