Prabodh Tirkey, The Younger Brother But An Odisha Great By His Own Right

This Is The Third Of A Series Odisha Bytes Is Running On Hockey Greats From Odisha, Ahead Of The Upcoming FIH Men’s World Cup To Be Co-Hosted By Bhubaneswar & Rourkela 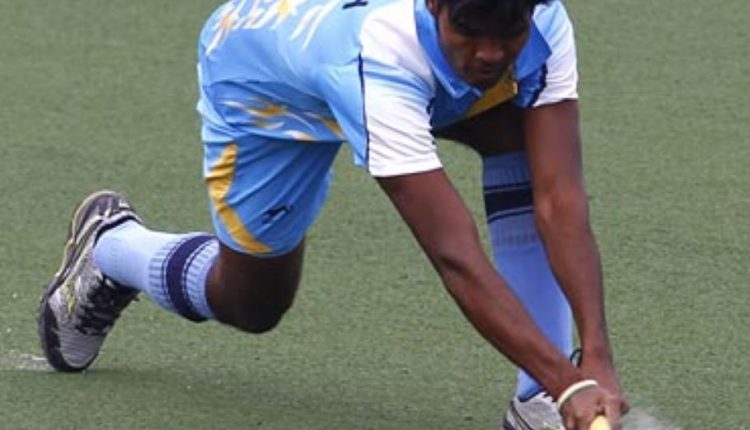 If you look up the Internet to find out more about Prabodh Tirkey, almost every article or bio refers to him as Ignace Tirkey’s younger brother.

That, of course, is a biological truth, but fact is that Prabodh carved out an identity for himself in Indian hockey and can claim to be an Odisha great by his own right.

Bucking the trend of Sundargarh mainly producing high-quality defenders, Prabodh excelled as a hard-working half-back. He made a mark at a very young age and worked his way through the ranks.

A product of Birsa Munda School, Prabodh was part of the second batch at the Centre of Excellence in Rourkela.

The Sub-Junior Asia Cup in 2000 was his first major international breakthrough, and Prabodh, then only 15 years old, caught the eye as he led India to the title. The same year, he was selected for the Junior Asia Cup in which India finished runner-up to South Korea.

At 17, Prabodh was the babe of the Indian team which struck gold at the 2001 Junior World Cup in Hobart.

Elevated to the India A captaincy in the Poznan Junior Challenge Cup, Prabodh made his senior India debut in 2002 in the HA Challenge Cup at Perth.

His career was on the right track before injuries forced a break. He did return for the gold medal-winning campaign in Afro-Asian Games, but was ignored for the 2004 Athens Olympics.

Overlooked by selectors for the best part of 2005 as well, Prabodh learnt the hard way that he had to work hard to make comebacks to the national team.

That he did, and it paid off as coach Joaquim Carvalho made him captain after taking charge in May 2007. It was under Prabodh’s leadership that India lifted the Asia Cup in Chennai, whipping South Korea 7-2 in the final.

That was the icing on the cake for Prabodh and his teammates in a year which also saw India bringing home bronze medals from Sultan Azlan Shah Cup in Malaysia and the Champions Challenge in Belgium.

If 2007 was a glorious high in Prabodh’s playing career, a bronze medal at the 2010 Guangzhou Asian Games was a prized possession too.

The Indian team’s failure to qualify for the 2008 Olympics was a major disappointment for Prabodh, as the dream of emulating elder brother Ignace remained unfulfilled. The Air India employee still has an impressive 161 international appearances to show for.

But for some injuries and selectors’ indifference at times, Prabodh could have ended with many more games for India.

Tobacco Companies To Pay For Cleaning Up Cigarette Butts In Spain