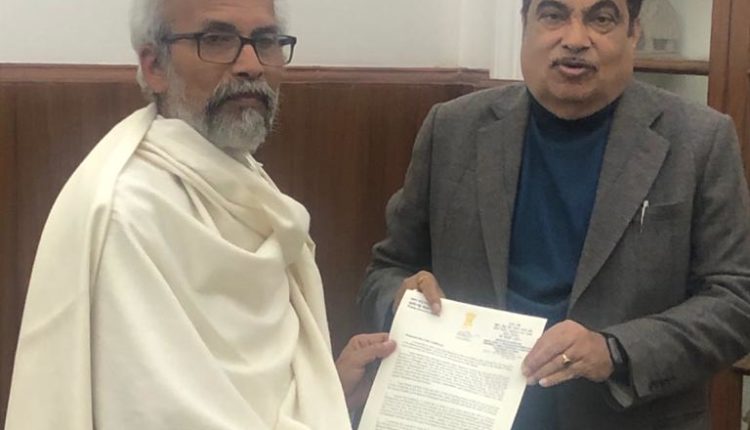 New Delhi: Union Minister Pratap Chandra Sarangi requested for conversion of Balasore-Kharagpur section of NH-60 into a 6-lane for the convenience of public.

Sarangi met Minister of Road Transport & Highways Nitin Gadkari and submitted a letter in this regard.

In a letter, Sarangi said the 120 km stretch from Balasore to Kharagpur has reduced the long circuitous route from Balasore via NH-16 by connecting the road traffic from Bhubaneswar to Kolkata.

This has spurred economic activities in Balasore and other cities in West Medinipur (West Bengal) besides creating a dependable road infrastructure to connect the two state capitals- Bhubaneswar and Kolkata.

However, the six-laning project of NH-60 was dropped in 2011-12 due to lack of requisite traffic flow. Today, the volume of traffic on Balasore-Kharagpur section of NH-60 meets traffic benchmark, wrote Sarangi.

At present, the NH-16 between Bhubaneswar and Balasore (210 km) is already six lane. Similarly, the NH route between Kharagpur-Kolkata (135km) is also six lane while the intermediate patch of NH-60 (Balasore-Kharagpur section) is still four lane one.

This four-lane patch of the NH-60 has not been able to sustain the growing volume of traffic, leading to slowing down of traffic and frequent accidents, he added.