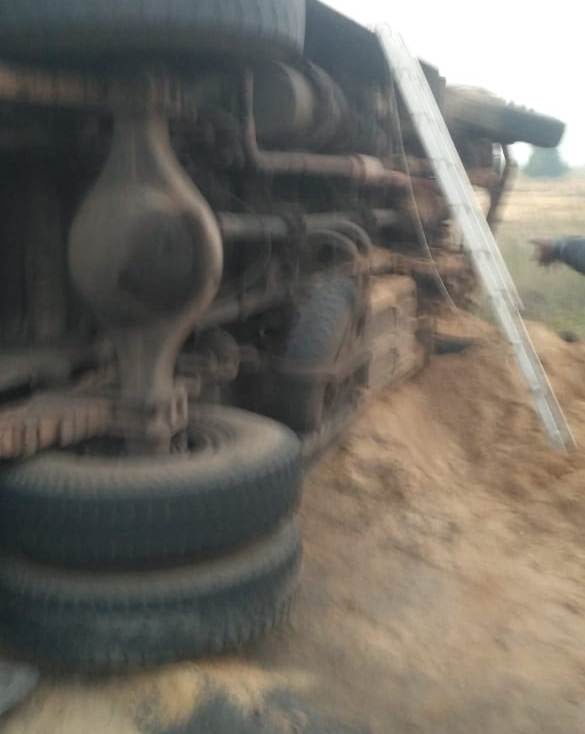 Cuttack: Two passengers were killed after a private bus overturned at Kajalakana near Choudwar in Odisha’s Cuttack district on Monday afternoon.

“Two persons died on the spot while 15 sustained injuries,” said Cuttack DCP Akhileswar Singh, adding that all passengers have been rescued from the bus.

According to sources, the bus carrying about 50-60 passengers was on its way to Cuttack from Angul when the driver lost control over the wheels while trying to overtake a vehicle. Following which, it skidded off the road and overturned near a heap of sand near Kajalakana.

On being informed, a team of Choudwar police accompanied by Fire Services personnel reached the spot. Efforts were then made to rescue the passengers trapped inside the bus.

Three ambulances were engaged to shift the injured to the government hospital at Choudwar.

Five among the seriously injured have been admitted to SCB Medical College and Hospital in Cuttack, the sources added.

“The other passengers were discharged after being given first-aid at the government hospital and efforts are on to send them back to their native place. Bodies of the two persons will be handed over to their family members after postmortem at SCB,” the DCP added.