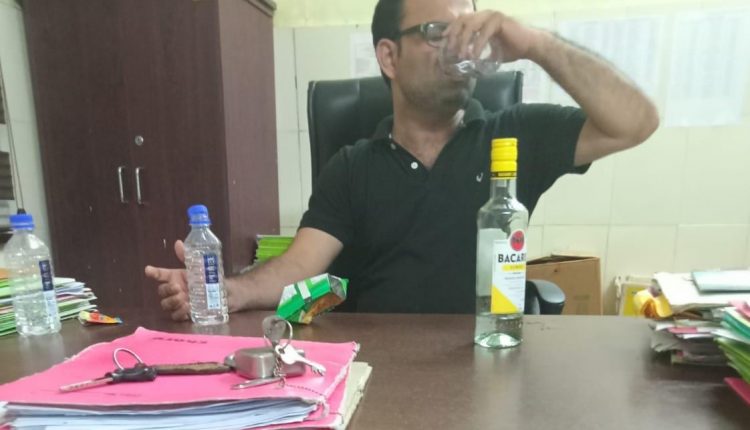 Berhampur: A probe was launched by the authorities on Tuesday after a photo of a senior official of the Rashtriya Bal Swasthya Karyakram (RBSK) allegedly consuming alcohol in his office in Odisha’s Ganjam district went viral in the social media.

The move came after Assistant Manager of RBSK, an important initiative under the National Health Mission (NHM), Sandip Kumar Tripathy, was seen consuming liquor in the office located on the premises of Berhampur City Hospital, officials said.

The official was earlier accused of often misbehaving with his colleagues as well as doctors in the office. Complaints were also made against Tripathy alleging that he abused employees in the office using vulgar language, they said, adding that he was also accused of drinking in the office and now a photo has also gone viral.

Stating that a formal investigation was launched on Tuesday, he said the statements of the assistant manager as well as the complainants have been recorded and appropriate action would be taken after the complete probe report is received.

Denying that he ever consumed liquor in the office, Tripathy claimed that the photograph which went viral had been edited and morphed. The official said he would accept whatever action is ordered after the probe.