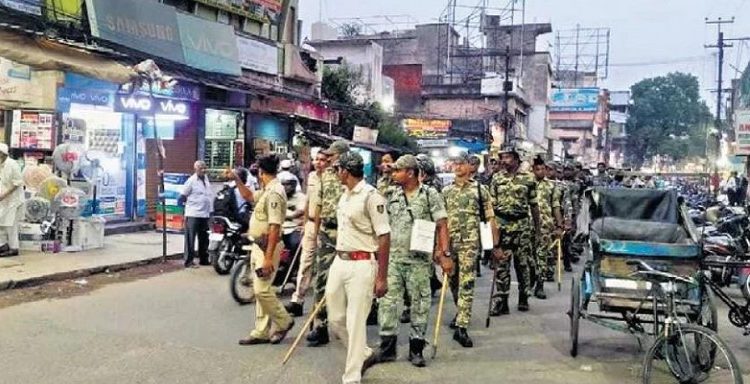 Following communal flare-up in neighbouring Ranchi in Jharkhand over the issue, Panposh sub-collector Daulat Chandrakar has imposed the prohibitory orders under Section 144 of CRPC in the areas under Plant Site, Uditnagar, Bondamunda, Brahmani Tarang, Raghunath Pali, Sector-15 and Jhirpani police stations of Rourkela city and Bisra and Lathikata police limits on its outskirts.

Since Rourkela is easily accessible from Ranchi, the administration  is taking precautionary measures and has warned the trouble mongers of stern actions, if found inciting communal hatred.

The prohibitory orders, imposed since Monday, will remain in effect till June 17. As per its provisions, religious meetings and processions by any community have been banned in the city. The police also carried out flag march across nine police station limits on Monday.

“Constant vigil is being maintained at sensitive areas of nine police station limits in and around Rourkela. There is no restriction on day-to-day activities except for holding large gathering, directly or indirectly inciting people over the prevailing controversy or creating communal hatred,” Bhamoo added.

It may be noted that a group of youths from Nala Road area blocked the Rourkela main road and shouted inflammatory slogans after prayers last Friday. In retaliation, another group on Sunday raised slogans in GT Lane area.