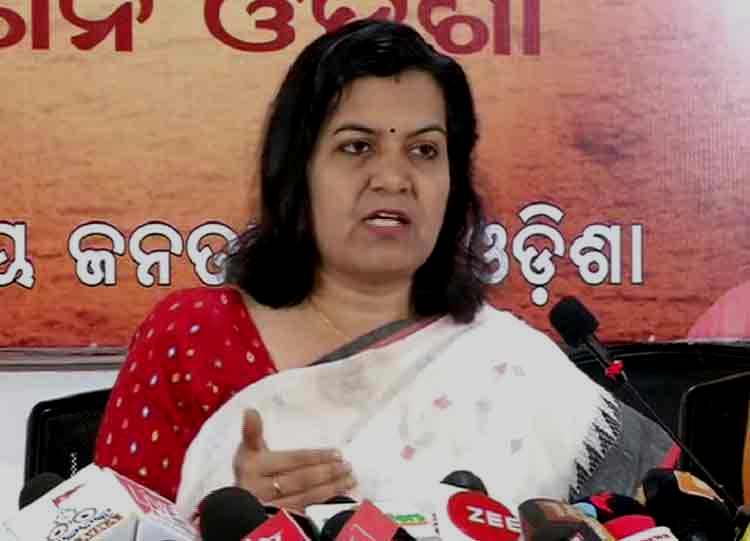 Bhubaneswar: BJP leader and Bhubaneswar MP Aparajita Sarangi on Saturday sought a clarification from the Odisha government on the renovation of mutts and Raghunandan Library in Puri town.

Briefing the media, she said the state government has entrusted the development of the Puri heritage corridor to Bengaluru-based Bhumiputra Architecture firm that has no experience.

“I want to know whether the state government had done a detailed mapping of the mutts and the inventory of their assets before and after their demolition,” she said.

Referring to the provisions of the Ancient Monuments and Archaeological Sites and Remains (AMASR) Act, 1958, she asked whether the state government had sought the permission of the National Monuments Authority (NMA) and the Archaeological Survey of India (ASI) before undertaking the development work.

“The rules stipulate that area in the vicinity of the monument, within 100 metres is a prohibited area and that within 200 metres is a regulated category. Any repair or modifications of buildings in this area requires prior permission. The fact is that several heritage monuments including the Emar Mutt, Raghunandan Library (inside the Emar Mutt), Uttara Parshwa Mutt and Dakhina Parshwa Mutt within the 75-metre periphery of the Jagannath temple were demolished in the name of beautification,” Aparajita said.

Maintaining that the properties of these demolished heritage monuments, which belong to the people of Odisha, have been demolished in gross violation of the Act, she hoped that the state government will come up with a clarification and also announce a special package for the sevayats of the demolished mutts.