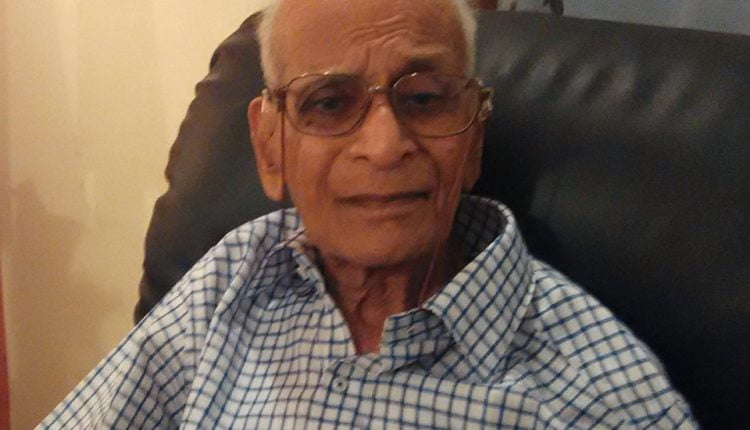 Kavichandra Kalicharan Pattnaik transitioned the musical taste of Odias from traditional to modern; Pandit Balakrushna Das established the early foundation of what is today known as modern Odia music and Akshaya Mohanty gave it a definite identity of its own. But the person who provided a critical impetus to the emergence of modern Odia music as a separate genre at a time it required that the most, remains largely unsung—and even unknown—in Odisha.

This man was not a musician per se. He was not even an Odia. And he stayed in Odisha for just about two and a half years.

But within that short period of time—between May 1958 to October 1960—as the station director of All India Radio Cuttack, PV Krishnamoorthy, who retired as the Director-General of Doordarshan after an illustrious career as a broadcaster, played arguably the most important role in creating a platform for Odia non-traditional music.

He did that through his sincerity to the cause, missionary zeal, his love for the land and people, his style of dealing with the artistes, his eye for talent, and above all, his willingness to bend the official rules for the greater cause of creating a conducive environment where creativity could flourish.

He tried to create, almost singlehandedly, an environment like what Calcutta of the 30s and 40s had witnessed, which had given rise to the great musical talents—the likes of Dilipkumar Roy, Himangshu Dutta, Kamal Dasgupta, RC Boral, Pankaj Mullick, Timir Baran, KC Dey, Sachin Dev Burman and even outsiders like K L Saigal.

But that had happened over a period and with the backing of a strong legacy—of Tagore. Building something like that in Cuttack—in a however limited manner—was not easy. Cuttack was nowhere as cosmopolitan as Calcutta. But a bigger challenge in Odisha was the complete and absolute dominance of Odisha’s traditional classical music stream. Anything outside that was not really welcome. While some recorded music was borrowed from outside, most of those were either blatant copies or comic in nature. Serious music outside Odisha’s traditional music—classical and folk—was just being tried, when Krishnamoorthy got posted in Cuttack. Akshaya Mohanty had started his singing career just a couple years back. Balakrushna Dash and Bhubaneswar Mishra were just starting off their experiment with new music which included but was not restricted to scoring music for films. Kavichandar’s lyrics was a good starting point for Balkrushna Dash.

The creative outburst badly needed to be channelized to make an impact and build an identity of its own. Krishnamoorthy provided that critical channel.

And he did that by trying our various means.

First, of course, was his willingness to try new music. In his official capacity as station director, he did not shy away from non-traditional music. If anything, he encouraged that.

He also had a great eye for talent. Akshaya Mohanty, in his autobiographical novel, Aryadasara Atmalipi describes how his frank answer to a question of Krishnamoorthy impressed the latter.  That could have been a small incident for him but that paved the way for experimentation in Odia music and helped in the making of Akshaya Mohanty. After their discussions, Krishnamurthy started a Sugam Sangeet week and recorded lighter music. After recording around 30 songs, he found them to be ‘boring’ and asked if Akshaya Mohanty could do something very new. That was the fire the young artiste needed. Rest is history.

Krishnamoorthy also wanted to expose Odia composers and lyricists to outside talent. Since AIR Cuttack did not have any flute player, he got a low-profile flautist from Allahabad and even bent the rules by allowing him to stay at the radio station building itself and do his Riyaz in the studio. Pandit Hari Prasad Chaurasia, that young flautist, teamed up with many Odia singers like Pranab Pattnaik to create unforgettable music. His association with Pandit Bhubaneswar Mishra is well-known to every lover of Odia modern music. Chaurasia’s biographer, Sathya Saran, vividly describes Krishnamoorthy’s ways and his contribution to the making of Chaurasia.

But one of the most important contributions of Krishnamoorthy—that barely gets discussed seriously—is his creation of the informal evening assembly—referred to as Khatti in Odia—which provided the first such platform for creative souls to exchange ideas, to demonstrate their creations, listen to others, clarify doubts, offer suggestions to others—in short, all that is needed to encourage creativity. It included all the major music personalities of that time—including Pandit Balakrushna Dash, Pandit Bhubaneswar Mishra, Akshaya Mohanty, Pranab Pattnaik, Sikander Alam, Shyamamani Devi and many lyricists. At least three participants in such assemblies have told this writer directly about the impact it had on their creative energy. They are late lyricist Narayan Prasad Singh, Odissi singer Shyamamani Devi and famous Odia singer Pranab Pattnaik. In addition, both dramatist Gopal Chhotray and Akshaya Mohanty have mentioned about it in their writing. This was—in however restricted form—the first such creative baithaks of Odia musicians in modern times, and contributed immensely in building a creative environment. This contribution of Krishnamoorthy—and its impact on the recorded modern music of Odisha—alone, requires serious research.

Apart from his multiple efforts to create a strong base for modern Odia music, Krishnamoorthy also had encouraged and helped Odissi maestro Guru Kelucharan Mohapatra.

The tremendous impact he created on making of Odia modern music—even while he himself remained in the background—is unparalleled. It is difficult to think of any other non-Odia (excluding domiciled ones and Britishers, if you like) who has contributed so much to our language, art and culture.

Today, on his first death anniversary, the Odisha government and the music fraternity should seriously think of doing something tangible to preserve his memory and respect him—besides letting the common people know his silent contribution to Odia culture.

Decision On Minimum Marriage Age Of Girls To Be Taken Soon: PM