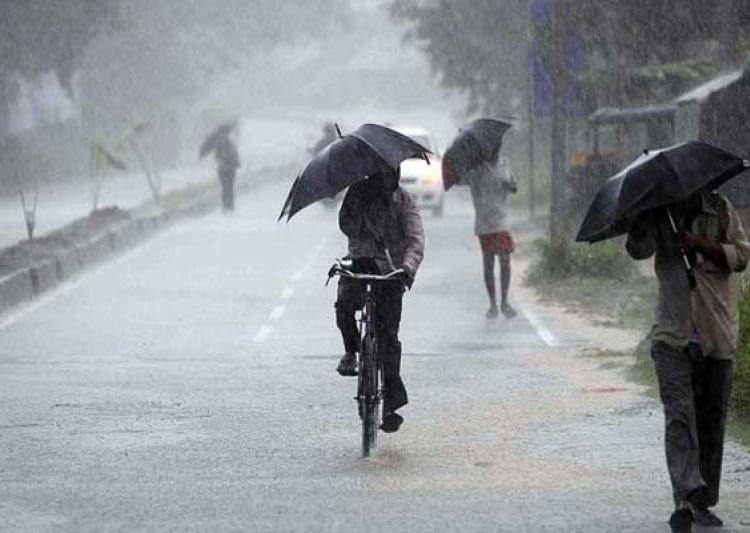 Bhubaneswar: With the depression over the Bay of Bengal weakening into a well-marked low pressure, the regional centre of India Meteorological Department (IMD) on Wednesday said that Odisha is likely to witness a decrease in rainfall activity on August 11-12.

Senior meteorologist Umasankar Das told the media that nine districts are under orange alert during the next 24 hours while yellow warning of heavy rainfall has been issued for 10 districts. “The rains will remain normal for the next two days. The intensity is likely to increase again from August 13 under the influence of an active Southwest Monsoon,” he added.

Das said that there is no information on the formation of fresh low pressure on August 13-14 but they are keeping a close watch on the system.

He said that rivers have been flooding in South Odisha due to incessant rain. The water level of Mahanadi, Bhaitarani and Brahmani is expected to rise due to rain in upper catchment areas. Urban flooding is likely in towns in interior Odisha like Angul, Bargarh, Jhrasuguda, Sundargarh, Sambalpur, Keonjhar and Majurbhanj, but unlikely in Bhubaneswar and Cuttack, where the sky will remain overcast and light to moderate rain with one or two intense spells will continue.