Rains In Odisha To Continue Till Next Week: Met Office 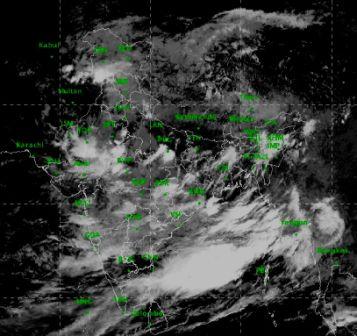 Bhubaneswar: Most parts of Odisha will continue to receive moderate to heavy rainfall till next week, the India Meteorological Department (IMD) said on Saturday.

Meteorological Centre, Bhubaneswar official Prabhat Beuria said there has been continuous rainfall in the state for the past 24 hours due to a low-pressure area off the north Odisha coast in the Bay of Bengal .

The Met official informed that another low-pressure area is very likely to form off the Odisha coast by Wednesday, triggering heavy rainfall in the state for 2-3 days.

Beuria said the average deficit rainfall in the state was 32 per cent till July 25, but has come down to 28 per cent due to rains in the last 24 hours. The deficit will further come down as there will be moderate to heavy rainfall for two days.

“As a fresh low-pressure area is most likely to form by July 31, the state will receive more rainfall. We expect that the week long rainfall will overcome the deficit rainfall in the state,” he said.