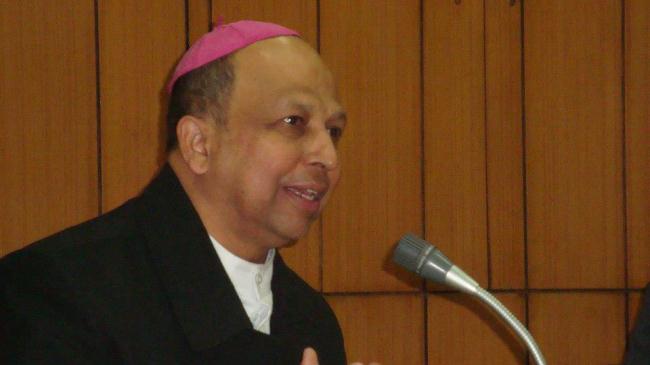 New Delhi: Sparking a major controversy, Delhi Archbishop Anil Couto released a circular to different Christian institutions, including churches, to hold prayers and observe fast on Fridays for the sake of the ‘nation.’

“We are witnessing a turbulent political atmosphere which poses a threat to the democratic principles enshrined in our Constitution and the secular fabric of our nation… As we look forward towards 2019, when we will have new government, let us begin a prayer campaign for our country from May 13, 2018 which marks the anniversary of the apparition of the Blessed Mother at Fatima, consecrating ourselves and our nation to the Immaculate Heart,” the circular read.

“I request that we observe a day of fast every Friday of the week by forgoing at least one meal and offering our penance and all our sacrifices for our spiritual renewal and that of our nation. Moreover, I earnestly request that we organize an hour of Eucharistic adoration every Friday at a convenient time in all our parishes, religious houses and institution specifically praying for our nation.”

The circular has drawn sharp criticism from several quarters.

Responding to it Home Minister Rajnath Singh said, “India is such a country where there is no discrimination against anyone on the basis of religion or sect or any other such things. Such a thing cannot be allowed.”

Reform Needs To Be Made In Higher Education Sector: Guv