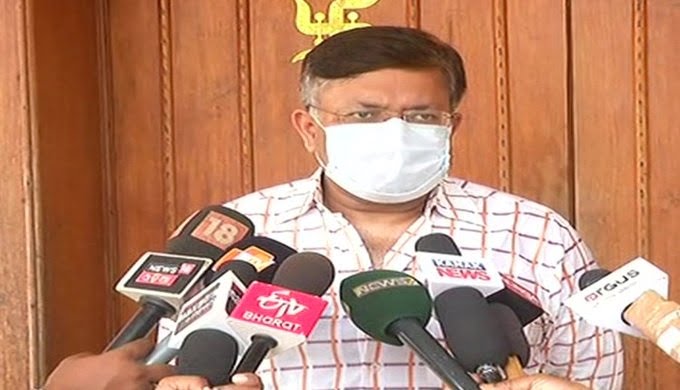 Bhubaneswar: The BJP on Wednesday came down heavily on the Odisha government for its trivial approach in dealing with the alarming spread of COVID-19.

At a press briefing here, BJP state general secretary Prithviraj Harichandan said the neighbouring states, where the COVID-19 cases have gone up sharply, have substantially increased the tests. But the rate of testing in Odisha has not gone up compared to the last year.

Due to less testing, the number of infection in the state has skyrocketed as the people remain untreated. “We hope that the state government would realise the gravity of the situation and vigorously expedite the test,” he added.

On the availability of medical oxygen, Harichandan said though the state government claims that there is adequate stock, it should specify the exact stock at present.

On the use of the ventilators, the BJP leader said the Centre had provided 567 ventilators to Odisha last year. But it is not clear whether these ventilators are in use. It is true that government hospitals do not have adequate number of ventilators.

Stating that the Centre during the second COVID wave this year has started the process of providing at least 10 ventilators to each district in the country, Harichandan said it is not known as to what steps the state government has taken for proper utilisation of these ventilators.

Referring to the isolation of the COVID patients, he said the state government unlike last year has not opened more temporary medical centres (TMCs).

“The state government still advises the people to remain in home isolation. But it is not possible for a poor family as they do not have adequate rooms to isolate their ailing kin,” he said.

“We had raised this issue last year and are reiterating this year. It is the responsibility of the state government to take proactive measures to ensure health care of the people and safeguard their lives in this pandemic,” he pointed out.

Commenting on the statement, BJD spokesperson Sulata Deo said while the Prime Minister and Chief Minister are willing to work together to contain the spread of the virus, the state BJP leaders are indulged in petty politics.

“Instead of giving proper suggestions to the state government and engaging themselves in the fight against the pandemic, the saffron party leaders are criticising the government which is grossly unfortunate,” she added.

COVID-19 Spread: AIIMS-Bhubaneswar To Close OPDs From This Date