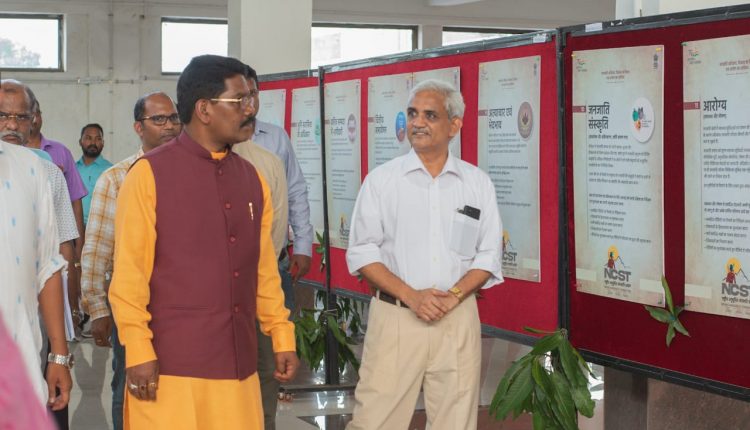 Rourkela: Rich tributes were paid to ‘tribal heroes’ for their contributions to India’s freedom struggle at an event organised at National Institute of Technology (NIT) in Odisha’s Rourkela city on Friday.

Inaugurating the event, Ananta Nayak, Member, National Commission for Scheduled Tribes said, “When the British started to expand their empire in India, they were not expecting the tribals to revolt against them. They were shocked to see how without having proper education a community is planning a war and has developed such fine weapons to fight and stand united. The community values and teachings are so rich and deeply rooted that even today it is popularly followed in many regions of the country.”

He further said traditional knowledge is not about education only. It is inclusive of education, health, social development agriculture. “I urge the students of NIT Rourkela to come up with new ideas and platforms for inclusion of tribal societies with the rest of the world so that their organic creation and knowledge can support them economically and contribute more towards national development,” he added.

Prof Kautuka Pandar of Government College, Balangir, delivered a speech on ‘Tribal Heroes in India’s Freedom Struggle’. “There are many unsung tales of brave tribal warriors in every corner of the state and country. Tribal warriors, despite having proper education and many problems surrounding them, raised their weapons against the enemy, because they loved their motherland, people, and culture. Their devotion to protecting the country will be remembered forever,” he said.

Chairperson of the event, Prof K Umamaheshwar Rao (Director, NIT Rourkela) inaugurated an exhibition showcasing tribal heroes of the country. “We have lost connection with our heroes as we hardly have time to read the great stories and history. Still today a marginalised society is not connected to the mainstream. Let us all take responsibility to uplift them and create a better world for everyone. We must hold our identity and our values and always acknowledge the sacrifices of our freedom fighters,” he said.

The programme included a film on the journey of tribal heroes by the National Commission for Scheduled Tribes. Prof Ramakrishna Biswal, coordinator of the event and V Ashok Vardhan, Assistant Director, NCST also spoke.

The event was organised by NIT Rourkela in association with the National Commission for Scheduled Tribes (NCST), Steel Authority of India Limited, and Akhil Bhartiya Vanvasi Kalyan Ashram. Bhaskar Singh coordinated the event as a representative from NCST Team.