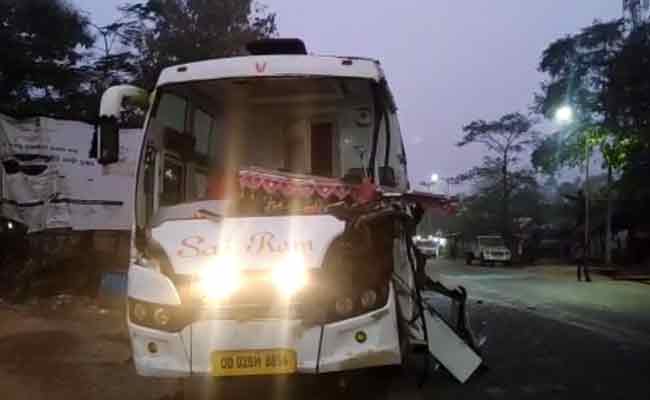 Boudh: The passengers of a Bhubaneswar-bound bus had a narrow escape following an accident on NH-57 in Boudh district early on Thursday.

According to reports, the private bus, Sai Ram, with around 40 passengers had left Malkangiri on Wednesday night. While the bus was crossing Charichhak near Purunakatak, a speeding truck from the opposite direction collided with the bus. Four passengers sitting on the right side sustained minor injuries.

Later, Fire Brigade personnel from Harbhanga reached the spot and admitted the injured passengers to the community health centre at Purunakatak.

Police said they are searching for the truck driver, who fled the spot after the accident.