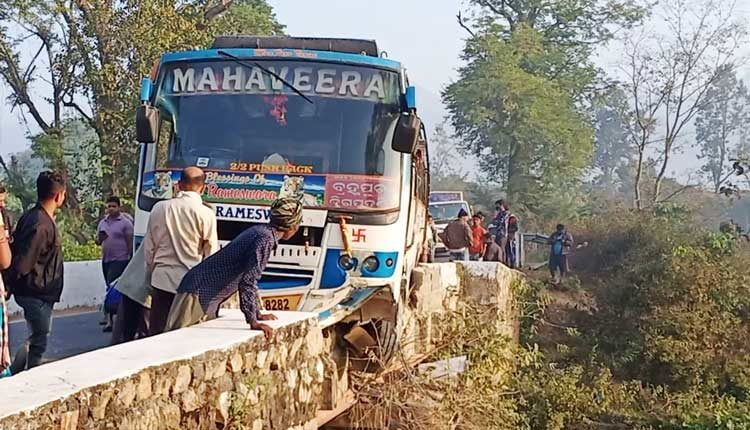 Berhampur: At least 50 passengers had a providential escape after a bus they were travelling in hit the guardrail of a bridge and hung perilously at Khemundikhola near Patapur in Ganjam district on Sunday morning.

According to reports, the private bus, Mahaveera, was on the way to Berhampur from Mohana in Gajapati district. The driver lost control of the vehicle, which hit the guardrail of the bridge. As a result, the front left part of the bus slipped from the road and hung perilously over the bridge.

Soon after the incident, locals rushed to the spot and safely brought out the passengers from the bus.

Later, police reached the spot and admitted the helper, who sustained a minor injury, to a nearby primary health centre.

Talking to the media, a passenger said that the mishap took place after a truck coming from the opposite direction tried to cross the narrow bridge while the bus driver also did not stop the vehicle.