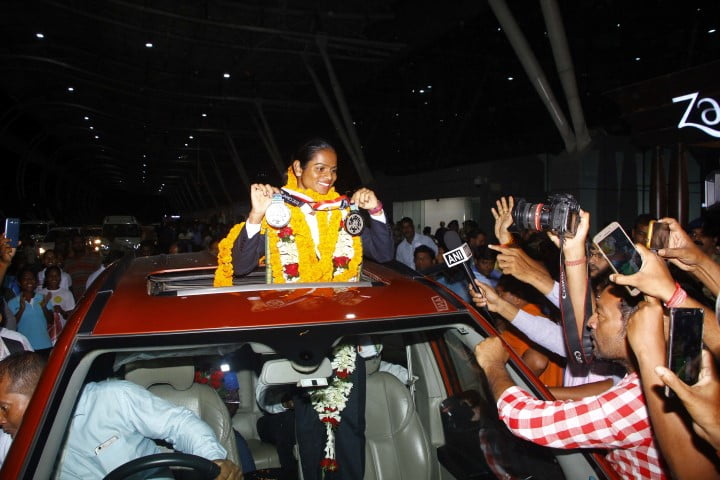 Dutee recently won laurels for the state as well as for the nation by clinching two silver medals at the 18th Asian Games in Jakarta.

She was then escorted to the State Secretariat, where Chief Minister Naveen Patnaik felicitated her. He presented her a cheque of Rs 3 crore for splendid show at the Asian Games.

Notably, Dutee became the second fastest runner in Asia after winning silver in the women’s 100-metre on August 26, clocking 11.32 seconds. She lost gold by 0.02 seconds. 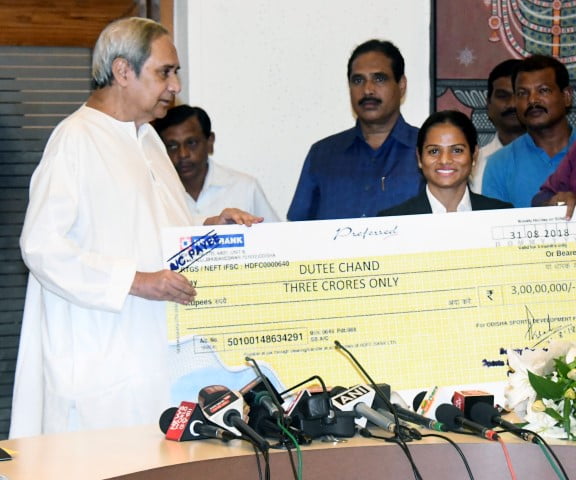 The 22-year-old athlete bagged her second silver medal in 200-metre, clocking 23.20 seconds, on Wednesday. She finished behind Bahrain’s Edidiong Odiong, who clinched the gold in 22.96 seconds.

With her splendid achievement, Dutee has become the first woman sprinter from Odisha to have won two medals in her debut appearance in a single Asian Games and the second in the country after PT Usha who had won the silver in 100-metre and gold in the 200-metre sprint in 1982 Asian Games in New Delhi.

On her success, she said, “I always accept challenge. I will focus on Olympics now, which will be held on 2020. I am happy that the Chief Minister announced that the state government will bear the expenses of my  preparations for the next Olympics.”

Dutee’s coach N Ramesh said she would now aim to run 100 metres in less than 11 seconds to be able to stand a chance and earn a medal at major global events.