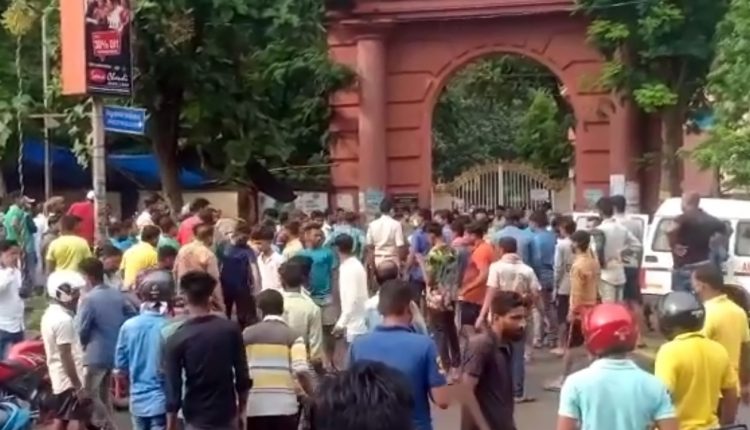 Balasore: Tension prevailed in the old town limits here after a youth’s body was fished out of a canal demanding compensation to the next of kin of the deceased.

The body of the youth, identified as that of Sapan Majhi, had jumped into a canal during an Excise raid on Monday. The body was traced by Fire Brigade personnel on the canal embankment Tuesday morning.

There was chaos after family members resorted to road blockade demanding compensation for the “alleged murder of the youth in the hands of Excise personnel”. The road blockade was lifted after police intervened.

Several villagers of Old Balasore crowded the postmortem centre and blocked road demanding compensation of Rs 10 lakh to the family of Sapan Kumar for the “inhuman killing” in the hands of Excise sleuths. The agitators also demanded punishment for the “gruesome murder”.