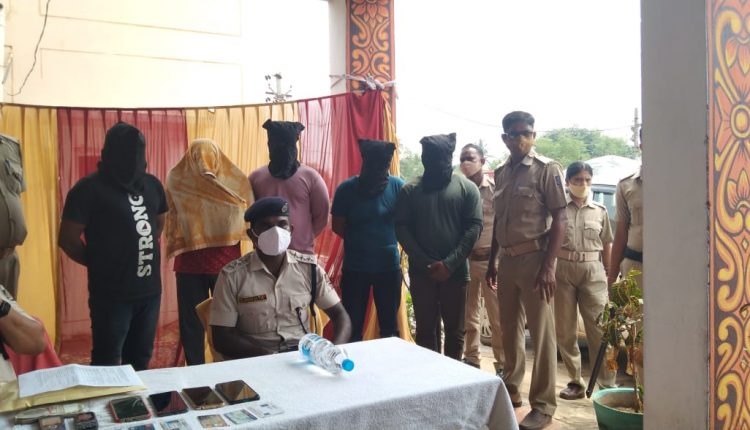 According to sources, police conducted the raid at Puri bypass road following a tip-off and arrested the five. Besides the contraband, 11 mobile phones, Rs 5,000 in cash, two ATM cards, a motorcycle and one car were seized from their possession, informed Additional SP Mihir Panda.