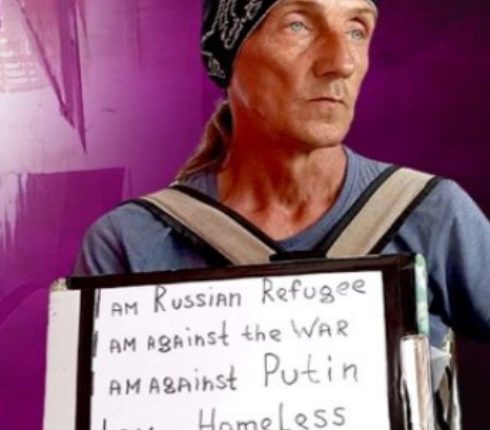 Bhubaneswar: Even as Crime Branch is investigating into mysterious death of two Russians in Odisha’s Raygada district, another Russia national, who claimed himself to be a refugee, was detained by police in Bhubaneswar on Saturday.

According to sources, the Russian, Andrew Glagolev was found begging with a placard in Bhubaneswar railway station for the last few days. The placard read, “I am a Russian refugee. I am against the war. I am against Putin. I am homeless. Please help me.”

On being informed, police detained him and questioned him on Saturday. Andrew had come to India on a tourist visa which has expired, but he continued to stay in the country. After all his money was spent, he took to begging.

During questioning, he claimed that as he did not know English and the Indians could not understand Russian, he had written about his condition on the placard seeking help for sustenance.

Andrew also claimed that he had applied to the UN for asylum and furnished the document in this regard to the police. The police were investigating to ascertain the claims of Andrew.

It may be noted that a Russian lawmaker Pavel Antov died after falling from a three-storey hotel in Rayagada on December 24 and his co-traveller Vladimir Bidenov died of suspected heart attack in the same hotel two days after. The Odisha Crime Branch is investigating into the case.