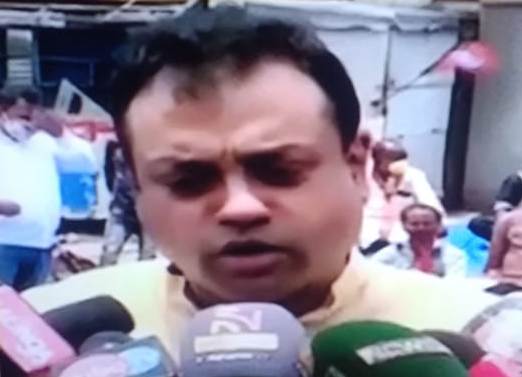 Puri: The BJP has strongly condemned the sale of land of Bagala Dharmasala to displaced lodge owners in the town, terming it as ‘illegal’.

Briefing the media here on Saturday, BJP national spokesperson Sambit Patra said he will have a meeting with the intellectuals, elected representatives and the locals on the issue. “I will visit the spot later in the day and hold a press meet on this matter,” he added.

Condemning the move of the district administration for selling the land to six lodge owners, Patra said social activist Jagannath Bastia had filed a PIL in the Orissa High Court praying for status quo on the said land.

The high court had directed the state government to reply on the matter. But the government is yet to submit its reply, Patra claimed.

Protesting the move of the district administration, Puri MLA of BJP Jayant Sarangi and the members of Puri Youth Lawyers’ Association had staged a demonstration in front of Puri Collectorate demanding cancellation of the sale deeds.

In his reaction, senior BJD leader and former Puri MLA Maheswar Mohanty said the state government should reconsider its decision on the sale of Bagala land as it was the only government place on the Grand Road (Bada Danda) which was providing service to the poor devotees for several decades.

Additional district magistrate (rehabilitation & resettlement), Puri, Binay Kumar Das on August 19 had said after the Lodging-House Fund Committee Act, 2018 was repealed in September last year, the 340-decimal land was sold to six displaced lodge owners under the Registration Act on the direction of the state government.

He said as the lodging and house owners had cooperated with the government and the district administration by vacating their land and house situated within a radius of 75 metre of the Jagannath temple boundary wall during the eviction drive for the beautification of the temple periphery, the administration had chosen the land of Bagala Dharmasala to rehabilitate them.

It may be mentioned that the land was donated by Kanhaiya Lal Bagala to the then Puri collector and the Indian Lodging House Fund Committee under the Central government in 1905. Later, a Dharamsala was constructed to provide low-cost accommodation to the poor devotees.

For the modernisation of the Dharmasala, the Centre had sanctioned Rs 20 crore under the Pilgrimage Rejuvenation and Spiritual Augmentation Drive (PRASAD) scheme of which Rs 2 crore is utilised.

However, during the implementation of the Puri Heritage Corridor project, the district administration had begun eviction drive within a radius of 75 metres of the Meghanad Pacheri (boundary wall) of the Jagannath temple.

The state Cabinet in October last year had approved projects worth Rs 3,208 crore under the ABADHA (Augmentation Basic Amenities & Development of Heritage & Architecture) scheme for Puri to develop it as a world-class heritage city.

ISIS Terrorist Arrested In Delhi; UP On High Alert