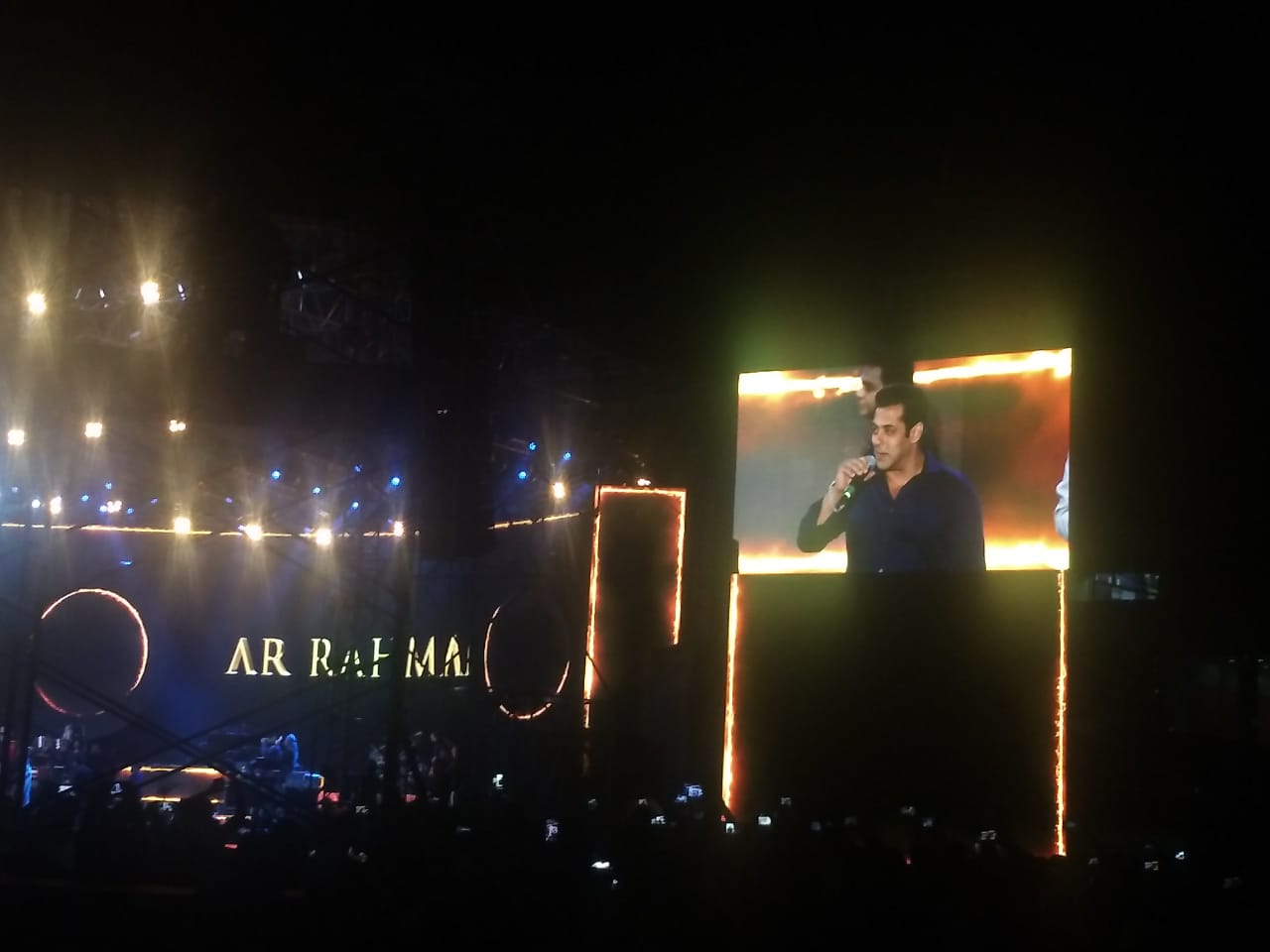 He also told the crowd that he would have ‘Dahi Bara’ before leaving Cuttack and ended his address with “Mu Tumaku Bhala Paye”.

He graced the stage for 15 minutes.

The ‘Dabang’ star had tweeted the previous night confirming that he would be attending the event. “Happy to join Hockey Men’s World Cup Celebrations 2018 in the millennium city of Cuttack on November 28, 2018. Come let’s cheer for the world’s best and make it memorable!!,” he tweeted.

In a video posted on his official Twitter account, he said, “See you there at Barabati Stadium”.

Music maestro A R Rahman, who was part of the grand opening ceremony at Kalinga Stadium in Bhubaneswar on Tuesday event, will also perform at the event. A few Ollywood actors are also expected to attend the event.

Earlier speaking to media, Cuttack DCP Akhileswar Singh had said that a three-tier security arrangement has been put in place for the event. “To maintain law and order during the celebration, 45 platoons of the armed police force would be deployed in and around the stadium,” he added.

Salman Khan’s team also supervised the security arrangements at the stadium on Tuesday and held discussions with the DCP and the Collector.

.FEST Mood Sets In With Foot-Tapping Music In Odisha Capital