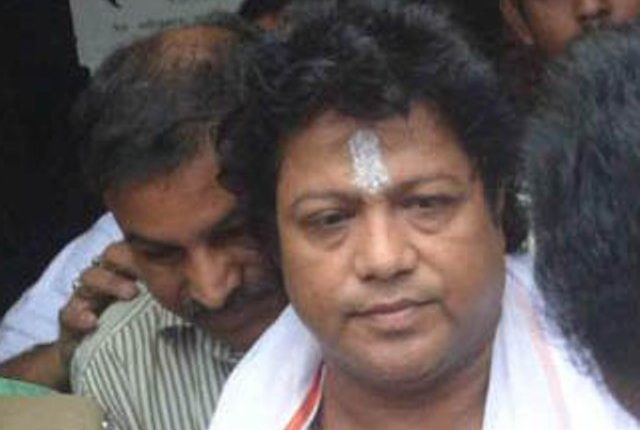 However, the court conditions for his release will make it well-nigh impossible for this controversial spiritual guru from Odisha to go back to his halcyon days, when followers by the thousands flocked to his ashram at Barimul in Kendrapara district.

Here’s a look at the rise and fall of this ‘Pied Piper of Odisha’, who had no qualms in duping his followers, grabbing land and sexually molesting women.

Early Life
Santosh Raul was born in Ganjam district, but he later moved to Kendrapara district with his family. There, his father worked as an electricity meter reader at Mahipala. After completing his matriculation from Gulnagar High School, Santosh took admission in Kendrapara Autonomous College. He dropped out of college and left town in 1985.

In 1992, he returned to Kendrapara as Sarathi Baba. The self-styled godman set up a small ashram at Barimula on Kendrapara-Indupur road. He organized bhajans at his ashram and started performing tricks like collecting bibhuti (ash) from heaven and dripping honey from his feet. The jugglery paid off as people flocked to his ashram in large numbers. Taking advantage of his devotees’ gullibility, Sarathi Baba told them that he was an incarnation of Lord Krishna and the young female devotees were his gopis (beloved).

Land Grab Row
Even as Sarathi Baba’s fame spread far and wide in Kendrapara, many people resented his modus operandi of land grabbing. On November 12, 2013, locals staged a road blockade in protest against the encroachment of government land, the cremation ground and grazing fields.

Flirting With Woman
The godman’s popularity nosedived in 2015 when the media caught him red-handed with a young woman (an MBBS student of SCB Medical College and Hospital, Cuttack) at Hotel Golkonda in Hyderabad’s posh Banjara Hills area on August 4.

Odisha Angry
As soon as the incident came to light, there was widespread protest across the state. The devotees tried to defend their guru, but in vain. On August 5, the Baba denied visiting Hyderabad. But he was exposed after the media produced the plane ticket records mentioning the name of Sarathi and the young woman who had accompanied him.

Crime Branch Probe
Taking note of the statewide protests, the Odisha government on August 6 ordered a Crime Branch probe into the sex scandal and financial irregularities against Sarathi Baba.

Violent Protests
The resentment of the people took a violent turn on August 6 when they tried to barge into the godman’s ashram at Barimula. Police lathi-charged the protesters, triggering more protests in Kendrapara town. Police fired tear gas and lathi-charged to quell rampaging protesters.

Behind Bars
Apprehending more trouble, the Crime Branch arrested Sarathi Baba from his ashram on August 8 under Section 420, 120 (B) and 341 (wrongful restraint) of the IPC, Arms Act, 1959 and Scheduled Caste and Scheduled Tribe (Prevention of Atrocities) Act, 1989. He was later remanded to Choudwar Circle Jail after the court rejected his bail plea.