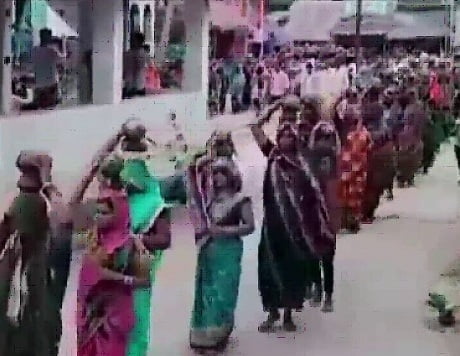 Berhampur: Police on Saturday arrested the naib sarpanch of Dengapadar panchayat and 12 others for organizing a yajna (a ritual offering) at Mardarajpur village in gross violation of COVID-19 guidelines.

According to sources, naib sarpanch of Dengapadar panchayat, Krushna Chandra Jena, his son of Suryamani Jena and the woman sarpanch of the panchayat, had organized a Kalas Yatra to lay the foundation stone of a Panchamukhi Hanuman temple on July 7 in which 500 people, including the women, participated. Later a yajna was held in the village.

A youth, who opposed the yajna in view of the COVID outbreak, was allegedly thrashed by the villagers.

He later recorded the yajna on his cellphone and posted it on social media. He also lodged a complaint with the police station at Polasara.

Acting on the complaint, the police arrested the naib sarpanch and 12 others on Saturday under the Epidemic Diseases Act.