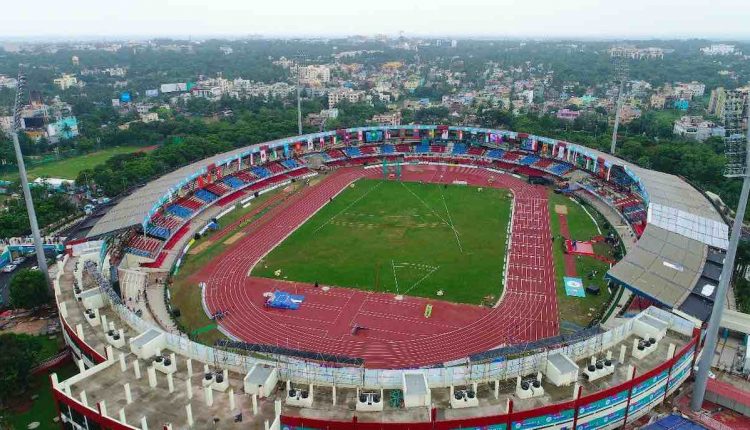 Bhubaneswar: There is still a glimmer of hope for Odisha, stripped of hosting U-17 Women Football World Cup matches at Kalinga Stadium in Bhubaneswar, with the Supreme Court on Wednesday directing the central government to take steps to lift the ban on All India Football Federation (AIFF) by the Federation Internationale de Football Association (FIFA) and ensure that the biennial youth tournament is held in India.

The court observation came after it was apprised that a meeting will be held this evening to sort out the issue.

“Solicitor General has informed the court that Government of India is in active engagement with FIFA and stakeholders to ensure Under-17 World Cup in the country as planned. Meeting happened yesterday and discussions are ongoing. We request the Centre to take proactive measures to ensure holding of Under-17 world cup and lift the suspension on AIFF so the objective is duly achieved,” the bench led by Justice DY Chandrachud said in its order.

The court, hearing the matter related to the new constitution of AIFF, posted the next hearing for August 17.

On Tuesday, FIFA suspended AIFF with immediate effect due to “undue influence” from outside parties amid concerns over legal interference as the appointment of a three-member committee by SC to take over the day-to-day operations of the federation went against their statutes.

The suspension would be lifted if the Supreme Court’s ruling is repealed and “the AIFF administration has full control over the organisation’s day-to-day operations”, it further said.

Notably, the apex court in May appointed the committee to take over the “day-to-day governance” of the AIFF after its president, Praful Patel, failed to hold elections originally scheduled for December 2020, and on August 3 ordered polls for an interim body to head the AIFF be conducted expeditiously in line with the draft constitution in place.

The poll process was supposed to start on August 13 but was delayed further after poll’s returning officer Umesh Sinha rejected Subrata Dutta and Larsing Ming’s nominations, citing that the duo has already served three terms on the AIFF executive committee. Having issued a warning earlier against third-party influence, the Football’s governing body finally suspended AIFF.

The official FIFA rules clearly state that the body is against interference from the national government and judicial bodies in the affairs of national football bodies.

“The suspension means that the FIFA U-17 Women’s World Cup 2022, scheduled to take place in India on 11-30 October 2022, cannot currently be held in India as planned,” the statement added.

Bhubaneswar was set to host India’s group stage matches in October this year and the state government has already spent nearly Rs 70 crore in building infrastructure for the mega event.