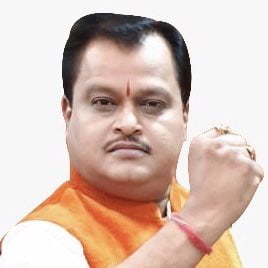 The two episodes of the programme are based on the alleged infiltration of Muslims into the bureaucracy.

A three-judge Bench headed by Justice D Y Chandrachud, which was hearing a plea that raised grievance over the programme, said it would hear the matter on September 17, reported ANI.

There should be some kind of self-regulation in the media, the apex court said while raising questions over the programme. “Look at this programme, how rabid is this programme that one community is entering into civil services,” the Bench observed.

The Bench, also comprising Justices Indu Malhotra and K M Joseph, suggested that a committee can be appointed to help in self-regulating the electronic media. “We believe that we may appoint a committee of five distinguished citizens who can come up with certain standards for the electronic media. We don’t want any politically divisive nature and we need members who are of commendable stature,” the Bench said reportedly.

Senior advocate, Shyam Divan, appearing for Sudarshan TV, told the Bench that the channel considered it as an investigative story on national security and the programme has 10 episodes. “There is a whole regime of consequences if the channel has done any wrong in the programme, but I feel that there is no deviation from broadcasting rules,” Divan was quoted as saying by ANI.

The apex court said that prima facie, the petition raises significant issues bearing on the protection of constitutional rights. The Delhi High Court, on September 11, had declined to stay the telecast of the series of programmes.

Suresh Chavhanke took to Twitter expressing his discontentment over the restraint.