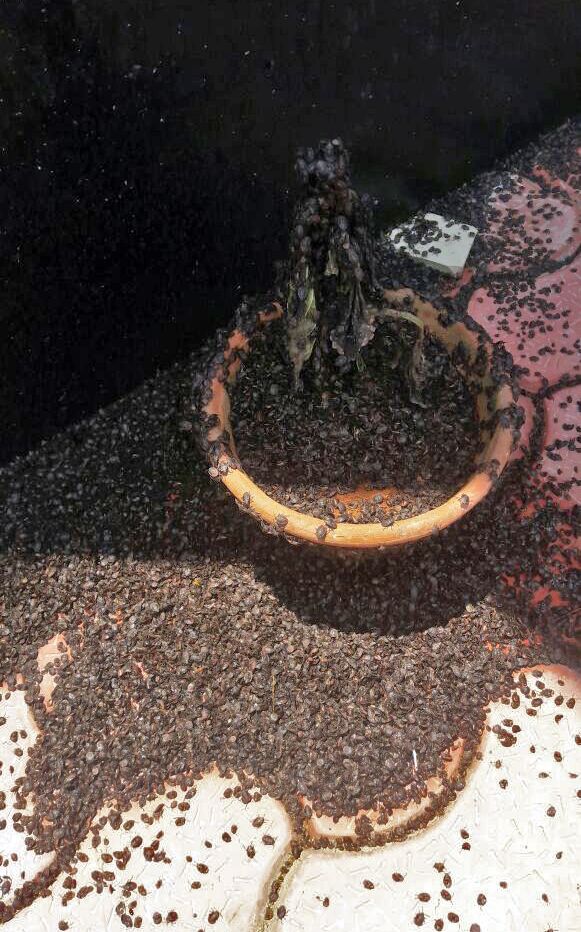 Bhubaneswar: These resemble blankets of dark clouds, which have come to hound the residents of Odisha capital living in and around Chandaka Sanctuary.

For the last few weeks, they are having to deal with swarms of stink bugs crawling everywhere from verandah to walls. These unwanted guests have been invading homes in large numbers making life miserable for thousands of families living in Bharatpur, Niladri Vihar, Lumbini Vihar and several slums along the forest.

This sudden outbreak is being attributed to the flowering of thorny bamboo trees inside the forest reserve, which occurs every 35 years.

Bamboo plantation covers an area of around 20 sq km in the sanctuary, sprawling over 193 sq km.

Speaking to a news portal, honorary wildlife warden of Khurda Subhendu Mallik estimated their number to be in crores. “People are tired of sweeping and many have left for their relatives’ place,” he said.

Attempts to rid their house of bugs by pouring kerosene and insecticide have failed.

An expert team from the Orissa University of Agriculture and Technology (OUAT), which visited the areas, had suggested use of bleaching powder to check the spread.

The bugs are harmless and feed only on plants and vegetables. However, these release a rotten garbage-like stench when crushed or killed.

“The problem has erupted due to the flowering season of bamboo and we hope the situation will normalise soon,” said Chandaka DFO, Kedar Swain.

This phenomenon is called ‘gregarious bamboo flowering’ and believed to cause ecological havoc. In the north-east region, it is taken as an impending sign of severe drought and famine. The last gregarious flowering in Mizoram, Tripura, Manipur and Barak Valley of Assam was reported in 1958-59 and it was followed by famine in those areas.

Heatwave In Odisha To Abate, Respite Round The Corner