‘Sebbe O Ebbe’: Stringing Odisha’s Glorious Past To Its Present Grandeur [In Pics] 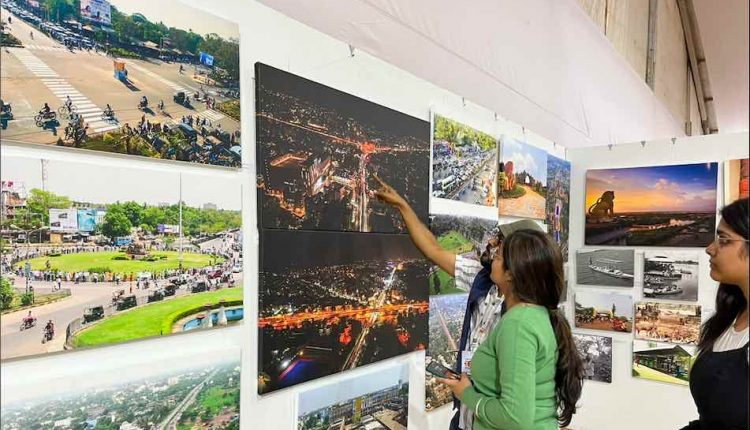 Bhubaneswar: The Bhubaneswar of yore is a thing of the past for today’s generation. Their only brush with it is perhaps through the tales told by their parents or grandparents. Little do they know that today’s glory of the city has a solid foundation in the past and is a result of the painstaking efforts of the state and its people in making it happen.

The ongoing FIH Men’s Hockey World Cup and the city carnival .FEST, have given the denizens an opportunity to trace the city’s glorious history and its transition through the photo exhibition “Sebbe O Ebbe,”  (Then & Now).

Let’s know more about it

The exhibition, which is open till January 29, features a collection of more than 450 photographs, including those by J.M Freeman, an American anthropologist who lived in Odisha. The I&PR Department of Odisha is also the chief contributor to this exhibition.

Curated by Ramakanta Samantray, you can feel the spirit of Bhubaneswar from the 1960s to the present by visiting the exhibition. It showcases the evolution of the city’s architecture, culture and everyday life through the lens of photography.

The photographs in this exhibition are divided into 5 segments:

Every photo in this exhibition tells a tale. In this segment, you can get a glimpse into the lives of the people of Bhubaneswar from the 1960s to the present day. It shows how people have changed and evolved over time. This includes pictures of shops near Lingaraj Temple from 1971 contributed by JM Freeman to one of the most loved food- “Dahibara” vendor’s picture contributed by Sumitra Parhi. 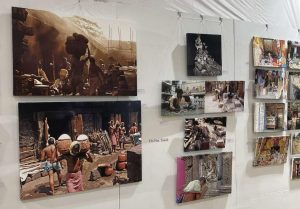 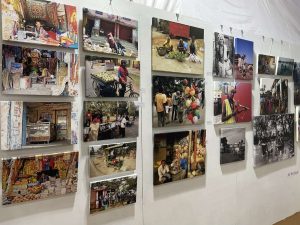 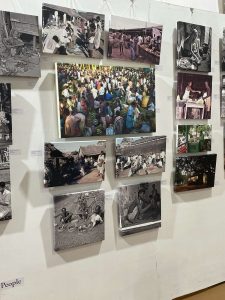 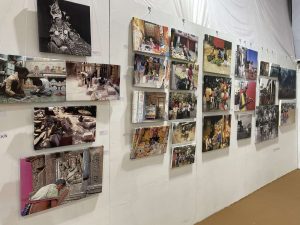 This segment tells you the tale of culturally and historically significant Bhubaneswar and why it is known as the “City of Temples”. It transports you to the 1860s and then back to the present. This part provides insight into the city’s efforts to restore and maintain its many historic sites including the Khandagiri, and Udayagiri caves, Dhauli, Sisupalgarh, Bharathi Matha, Lingaraj, Kotithirtha and Kapileswar Temple. 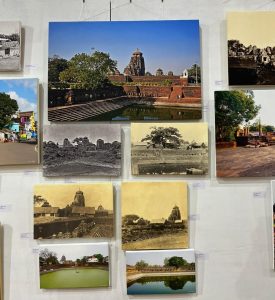 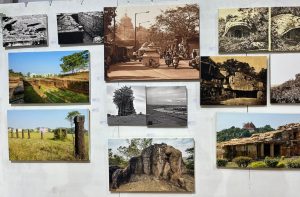 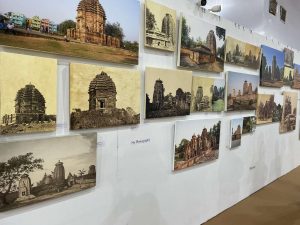 This part showcases the vibrant culture of the city. It highlights the unique customs and traditions that bind people together. The photographs on display feature a wide range of festivals, from Boita Bandana during Kartik Purnima at Bindusagar to Chandan Yatra and the celebration of Saraswati Puja in Old Town.

One of the most eye-catching pictures is that of the celebration of Habisha Puja during Kartik Purnima captured by Ramahari Jena in 2012. 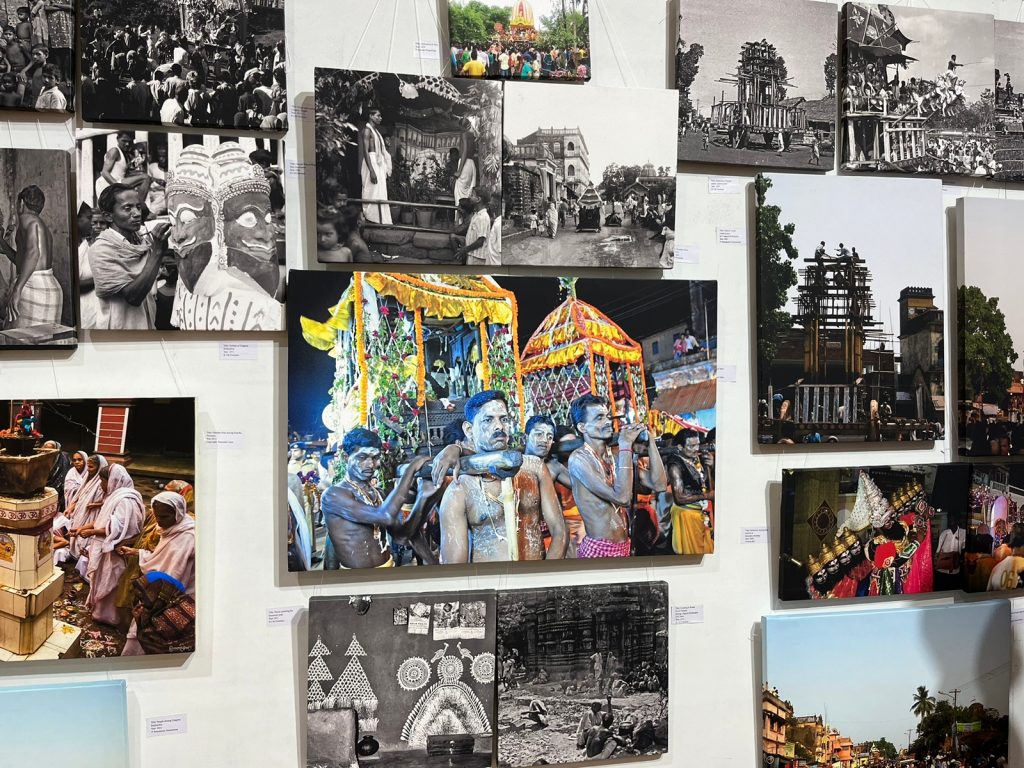 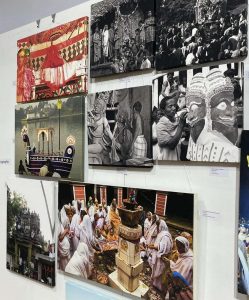 Making of the City

This part offers a look into the process of the city’s infrastructural development. The photographs on display showcase the growth of the area near the Market Building from 1962 to 2022. It also has pictures of road constructions during the 1970s.

This segment has photographs of the three busiest squares of the city the Rajmahal Square, the Master Canteen Square and the Rasulgarh Square; before the flyover was built over them.

Various significant places in Bhubaneswar such as Kalinga Studio, the Ram Mandir, the Commisionerate Police, and Nandankanan also find a place here. 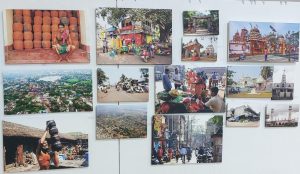 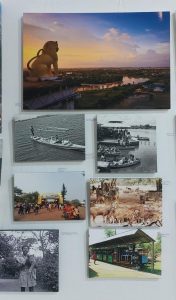 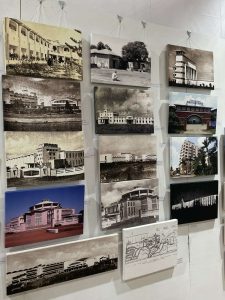 This portion is a peep into important events that have taken place over the past seven decades.

One of the highlights of this segment is the photographs of the visit of Prince Charles to Odisha in the 1980s. It also features former Chief Minister of Odisha Biju Pattnaik taking oath; Dalai Lama’s visit to the state and former President Dr Rajendra Prasad laying the foundation stone of Utkal University in 1958.

It also has photographs from the most recent happening in the city. Clicks of the ongoing FIH Men’s Hockey World Cup can also be seen here. 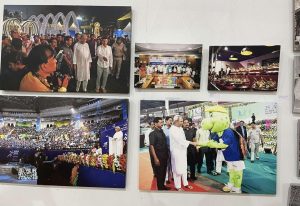 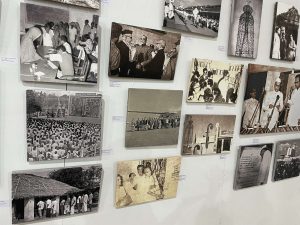 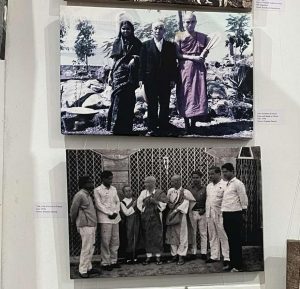 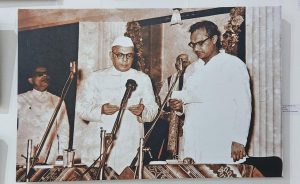 ‘Spoke To SRK’, Says Assam CM A Day After Asking ‘Who Is Shah Rukh Khan?’