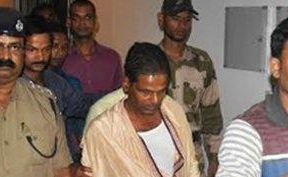 Sura was granted bail by the Supreme Court on November 28 in
connection with a land fraud case.

Mishra, along with his two sons Trilochan and Biranchi were arrested
on August 31, 2015 on basis of a complaint lodged against them by a
person at Chhatrapur police station of having committed land fraud.

On March 30 this year, the Enforcement Directorate (ED) of State Crime
Branch had attached properties to the tune of Rs 14.95 crore of Sura
and his Trahi Achyuta Ashram.