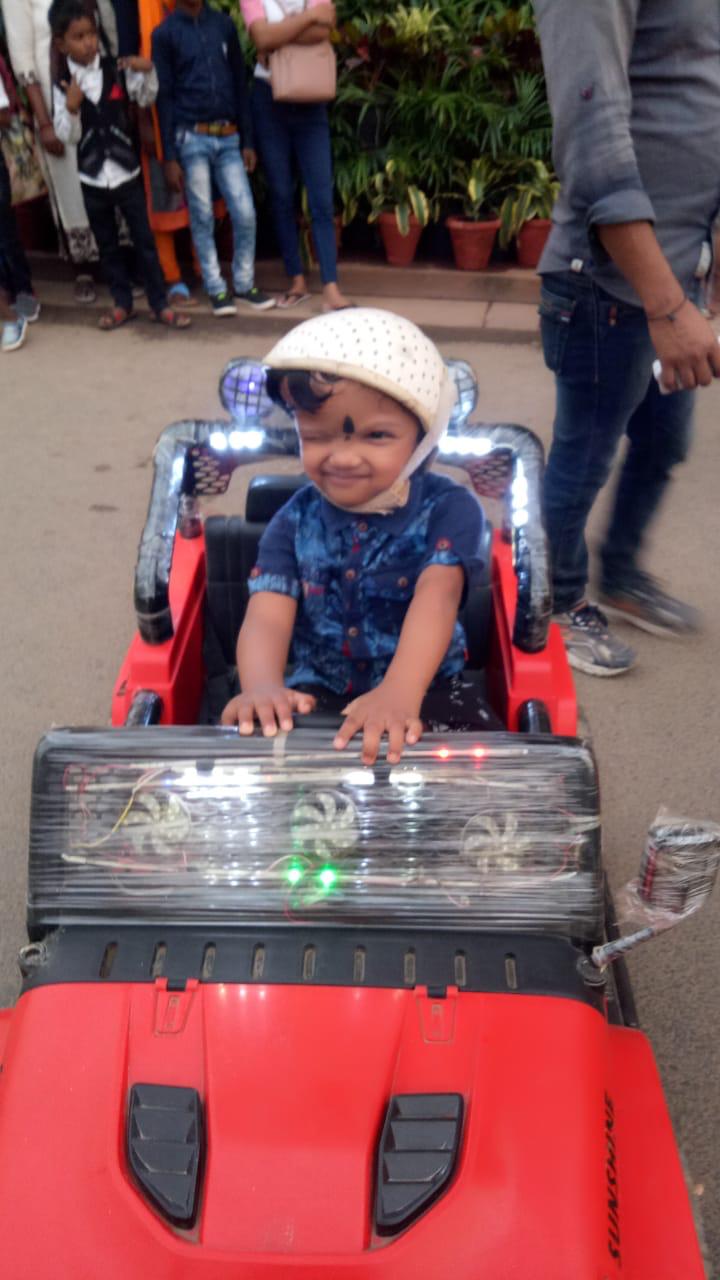 It was for the first time after the surgery that Jaga had stepped out of AIIMS.

Jaga and Kalia, the conjoined twins from Odisha’s Kandhamal, have battled the impossible and are recuperating at the premier hospital after two-phase surgery to separate them from the head.

This was India’s first craniopagus surgery. The first phase of the surgery was performed on August 28 when the doctors created a venous bypass to separate the veins shared by the babies that return blood to the heart from the brain.

The final separation of the duo was performed by a team of around 30 specialists from the institute’s neurosurgery, neuro-anaesthesia and plastic surgery departments on October 25.

Tusker Shot By Poacher At Narasinghpur In Athagarh Forest Division

Odisha’s Separated Conjoined Twin Jaga Is Back Home In…

Separated Conjoined Twin Jaga To Be Shifted Out Of SCB In…