‘Severe Cyclonic Storm’ Amphan To Cross This Stretch On May 20; Know The Rain Forecast For Odisha 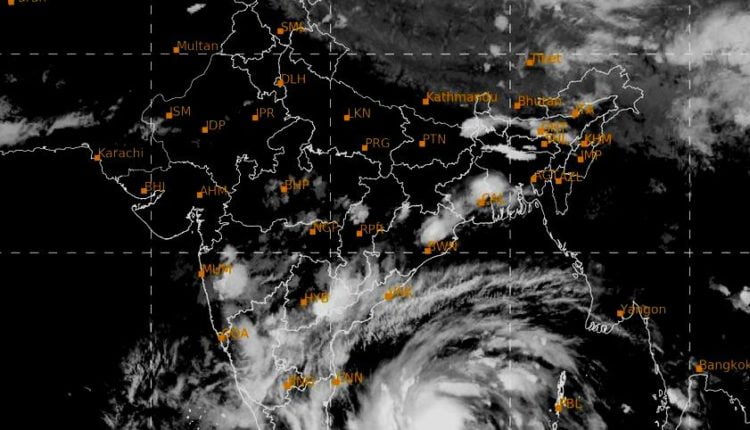 Bhubaneswar: Moving at 6 km per hour, Amphan, which intensified into a cyclone last evening, is currently lying about 990 km south of Paradip. It is very likely to intensify further into a severe cyclonic storm during the next 12 hours, the India Meteorological Department (IMD) forecast said on Sunday.

“The Cyclonic Storm ‘Amphan’ over southeast Bay of Bengal and neighbourhood moved north-northwestwards with a speed of 6 kmph during past 6 hours, intensified slightly and lay centred over the same region at 5.30 hrs IST of today about 990 km south of Paradip. It is very likely to intensify further into a severe cyclonic storm during the next 6 hours and into a very severe cyclonic storm during subsequent 12 hours,” the bulletin said.

It is lying about 1160 km from Digah in West Bengal.

“The cyclone is likely to cross West Bengal–Bangladesh coasts between Sagar Islands (West Bengal) and Hatiya Islands (Bangladesh) during the afternoon/evening of May 20 as a very severe cyclonic storm,” it further said.

Since it is moving at a slow pace in the sea, there is very possibility of it turning into a severe cyclone and causing large scale devastation, IMD sources said, adding that its impact will be felt from May 18.

Under its influence, many places in coastal Odisha are likely to experience light to moderate rainfall with heavy falls at isolated places from May 18 evening.

Also Read: Odisha Cyclone Alert: Migrant Workers In 4 Coastal Districts To Be Shifted By May 18

Sarpanch Hacked To Death In Odisha