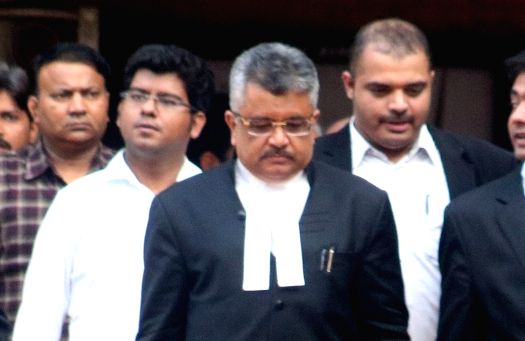 New Delhi: Solicitor General of India Tushar Mehta on Monday told the Supreme Court bench headed by Justice Arun Mishra that the Centre was of the view that annual sojourn of the sibling deities can be held in a restricted manner.

This despite the fact that the Odisha government had agreed with PIL petitioner for completely stalling it this year, he said.

The Solicitor-General said that the rituals, which have been going on for centuries, should not be disrupted. “It is a matter of faith for crores. If Lord Jagannath will not come out tomorrow, he cannot come out for 12 years as per traditions,” he said.

While maintaining precautions to ensure that the pandemic is not spread, the state government can impose a curfew for a day and conduct Rath Yatra on June 23, Mehta said.

He suggested live telecast of the entire Rath Yatra from Puri.

“All sevayats and pandas and others who are tested negative can participate in the rituals as may be decided by the Shankracharya. People may not congregate and seek blessings on TV during the live telecast. Raja of Puri and the temple committee may supervise arrangements of these rituals,” he told the apex court.

The apex court had imposed a blanket ban on Rath Yatra in the interest of public health and safety of citizens. “Lord Jagannath won’t forgive us if we allow,” the court had noted on June 18.

Puri Rath Yatra: Know What Odisha Govt Said In Its Affidavit Before SC