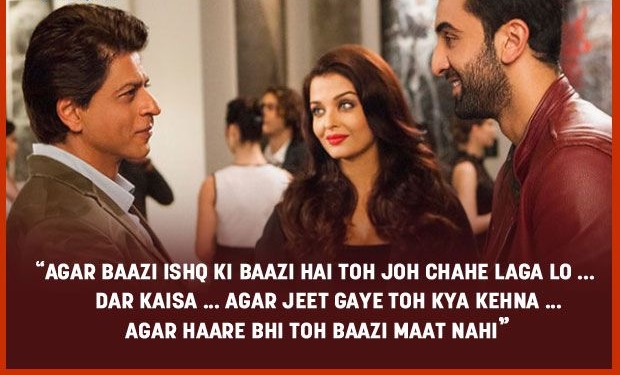 New Delhi: The fact that even a cameo by Shah Rukh Khan is enough to make a movie work needs no validation. It is a fact that his cameos in films sometimes manage to get more hoots and claps than the stars featured in them. Shah Rukh wooed audiences in more than ten movies with his short appearances, whether it was as ‘Vanarastra’ in Brahmastra or him playing himself in Laal Singh Chaddha.

Here are some of his memorable special appearances by Shah Rukh in Hindi films.

Shah Rukh did a heartwarming special appearance in Aamir Khan’s Laal Singh Chadda, in which he appears as himself dancing to the song Mehbooba Mehbooba with a young Laal Singh. This is followed by a montage of Shah Rukh’s iconic scenes from his films. Remember the hype about this appearance before the movie was released? It was kept a guarded secret till the last moment.

Shah Rukh’s cameo in R. Madhavan’s directorial debut, Rocketry: The Nambi Effect was his return to the big screen four years after his 2018 film, Zero, which had done average business at the box office. Madhavan plays the role of Nambi Narayanan, the ISRO scientist who was wrongly accused of espionage, while SRK plays himself in this biopic. He interviews Madhavan’s Nambi.

It became obvious that the media-created acrimony between the two Khans does not trickle into their real-life relationship, when they came together in a heartfelt scene in the 2017 Kabir Khan-directed Tubelight, starring Salman Khan as Laxman ‘Tubelight’ Singh. Shah Rukh plays the role of a magician ‘Gogo’, who inspires Laxman to perform magic on stage with him while the villagers laugh at him.

Imagine two mega stars in one movie! It happened in the second part of the Amitabh Bachchan-starrer Bhoothnath Returns, directed by Vivek Sharma, with Shah Rukh Khan reprising his role as Aditya Sharma, father of Banku (Aman Siddiqui), who becomes friends with the friendly ghost Bhoothnath (Amitabh Bachchan). Shah Rukh’s role in the second part was way smaller than his role in the first, but his presence still managed to make an impression.

Shah Rukh plays himself in Zoya Akhtar’s directorial debut, Luck By Chance. In a scene with protagonist Vikram (Farhan Akhtar), Shah Rukh shares his insight on showbiz. He cautions Vikram that stardom is intoxicating and one must never forget one’s friends who were there when one was ‘nothing’.

A song from this comedy film, directed by Sajid Khan became a hit only because of SRK’s entry as Raj out to woo the heroine, Vidya Balan. Akshay Kumar, Fardeen Khan and Riteish Deshmukh play three playboys who suddenly find themselves as guardians to a baby, Angel. When Isha (Vidya Balan) reveals that she is the baby’s mother and tries to take away Angel, the trio plan to make Isha understand that no one would be willing to marry an unmarried woman with a baby. During the song Mast Kalandar, the duo of Akshay and Riteish pine for Isha’s attention. Enter Raj and everyone gets distracted.

Shah Rukh Khan had only a 10-minute role in this Rani Mukerji-Vivek Oberoi-starrer, directed by Shaad Ali. He plays Yeshwant Rao, the loving and supporting husband of Tabu.

Directed by Krishna Vamsi, Jai Singh (Shah Rukh Khan) plays a significant and supportive role in the film. He becomes a petty thief and helps Nandini escape Narasimha’s man to not miss the train to Jaipur.

Directed by Raj Kanwar, a romantic movie where Pooja chooses Rahul (Shah Rukh Khan) to marry after she reveals about him and Jahnvi.

Shah Rukh Khan acts as Arjun in this film starring Sridevi too, which is directed by Raam Shetty. Arjun begins work undercover in Nagraj’s gang, but very soon, Nagraj gets to know about Arjun’s real identity, and he gets slain. When Geeta discovers this, she plans to avenge Arjun’s murder.