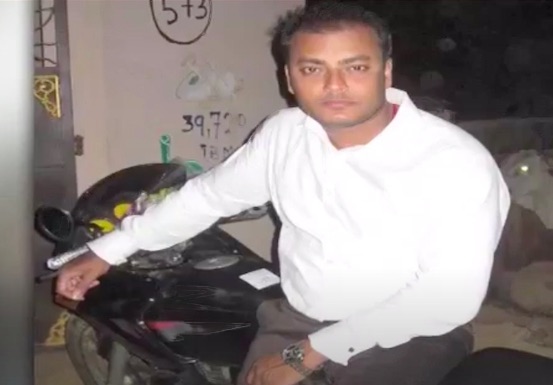 Bhubaneswar: Friends of Rajeev Srichandan, who was allegedly beaten to death at a de-addiction centre (Nisha Nibaran Kendra) in Kolathia locality under Khandagiri police limits of Bhubaneswar, have lodged a complaint with police here on Tuesday.

The deceased was a resident of Phase-II of Dumduma Housing Board Colony and was working as a section officer (SO) in the Finance Department, Government of Odisha.

He was admitted to the de-addiction centre on October 24. “We got a call from the centre around 3.40 pm, informing that he was being taken to Capital Hospital at Unit VI. This raises eyebrows since the centre is located nearer to the All India Institute of Medical Sciences (AIIMS)-Bhubaneswar and also AMRI hospital. If he was so serious, they could have taken him to these places,” said complainant Manas Ranjan Gouda.

He said that Rajiv was brutally thrashed at the centre, leading to his death. “They did not even bother to call an ambulance and instead took him to the hospital in an ambulance,” he said.

Manas further alleged that they were allowed to see his body after repeated requests and found injury marks on his face.

Requesting the government to regulate such centres, he told the media that he would fight till the end to ensure justice for his friend.

In September, a de-addiction centre at Janla, on the outskirts of Bhubaneswar, was closed after a video of a brutal assault on inmates went viral on social media platforms. The owner of a de-addiction centre at Baripada town in Odisha’s Mayurbhanj was arrested in August for allegedly thrashing and forcing a specially-abled inmate to lick his foot after a one-year-old video of the incident went viral.