Shiv Ratri: Mahadeep To Be Raised Atop Lingaraj Temple At 10PM 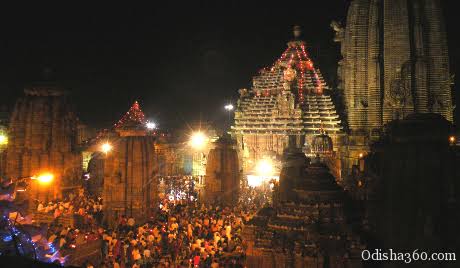 Bhubaneswar: Lord Shiva’s Mahadeep at the Lingaraj Temple in Bhubaneswar will be raised at 10pm during Shiv Ratri on March 4.

A decision to this effect was taken at a coordination meeting presided over by Khurda collector Nirmal Chandra Mishra at the special circuit house here on Saturday evening.

The meeting stressed timely conduct of the rituals, sanitation, lighting arrangements, traffic control and law and order situation during the festival.

Some other decisions taken at the meeting include:

—Sending a directive to the Bhubaneswar Municipal Corporation Hospital authorities to provide emergency healthcare services to the people.

—Plying of more Mo Buses and increasing their frequency, keeping in mind rush of devotees on the day of the festival and the next day.

—Provision of loudspeakers by the district information and public relations department outside the temple to give important information to the people.

—Provision to place drinking water tanks at different squares around the temple premises.

—Use of mosquito spray vehicle on four sides of the temple a day before the festival.

—Construction of temporary sheds on the two sides of the temple.

However, representatives of the three sevayat bodies were conspicuous by their absence at the meeting.

3 Killed, 4 Injured In Road Mishaps At Different Places In Odisha

Mahashivratri: ‘Mahadeepa’ To Be Raised Atop Lingaraj Temple…