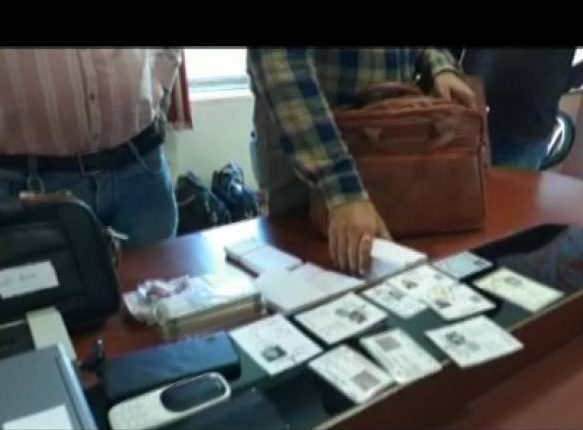 Bhubaneswar: Three siblings, including two sisters, were arrested by Jharsuguda police for duping a youth of Rs 14 lakh by promising him a job in Railways.

The three were arrested basing on a complaint filed by one Manas Patel of Chichinda village on October 22. Patel stated in his complaint that he had received a call from an unknown number on October 17 and the caller offered him a job in the Railways. Lured by the greed of a Railway job, he agreed to the deal. The caller also asked him to get Rs 14 lakh in cash and take the appointment letter. As per the conversation, he reached the hotel with Rs 14 lakh cash.

Addressing mediapersons Jharsuguda SP Bikash Das said, after taking the money from Patel in the hotel they locked him in a room on the pretext of counting the notes. Soon after, they fled from the hotel in a car with the money.

When the trio remained incommunicado after taking the money, Patel suspected their activity and lodged a police complaint.

After a preliminary investigation, police found that they had used a fake number plate for the car and forged identity cards to book the hotel room.

On tracking the mobile phone, which was actually owned by an auto driver, police zeroed in on the trio in Bargarh. Bargarh police was informed and the three were nabbed. Police have seized Rs 12.96 lakh from their home besides a car, laptop, three mobile phones and other incriminating articles, the SP added.

The accused have been booked in a fraud case and remanded in judicial custody. They were habitual offenders and had started the fraud business for sustenance after the death of their parents.

How Omicron-Ready Is Odisha Amidst IMA’s Warning Of A Third Wave?

Odisha, Brace For Colder Nights In Next 4-5 Days