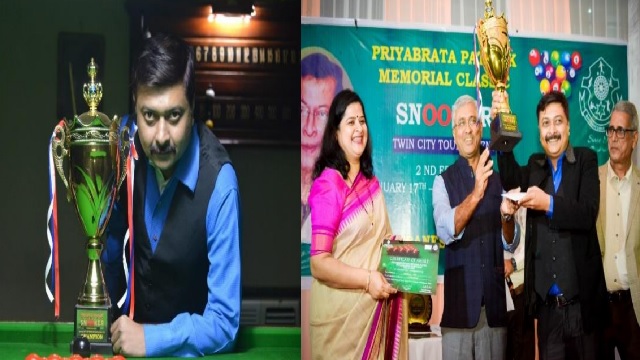 The championship kicked off at Bhubaneswar Club in Odisha capital on January 16, with 29 cueists in the fray. The top two duo beat Rakesh Roshan Pradhan and Kunal Agarwal in the semi-finals respectively.

The highest break in the tournament was a tie between Rana Sen and Rakesh Roshan Pradhan at an even score of 48.

The prize distribution ceremony was chaired by Bhubaneswar Club president Asit Tripathy and BSAO Secretary Srimoy Kar and the sponsor Lipsa Misra, wife of late IAS officer Priyabrata Patnaik, who jointly gave away the prizes in the event closing ceremony after the final playoff.

Meanwhile, Misra and the event organiser Surge Sports expressed their future plans for expanding this event on a state level and eventually at a national level in the endeavour to boost cue sports.