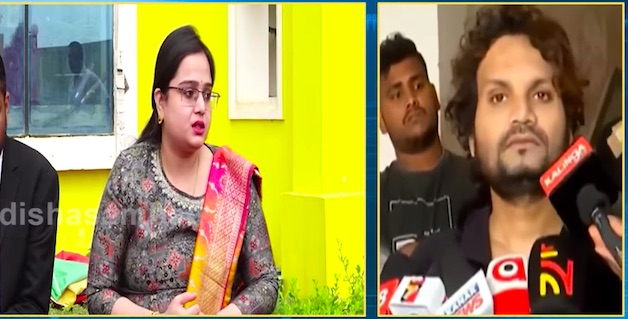 Cuttack: Hours after Humane Sagar’s wife Shriya Mishra opened up about their marital discord, the singer on Sunday said his family is important to him and he is ready for a compromise.

“I have told police that we want an amicable solution to the issue. An apology can fix the conflict. We are waiting for their response. But this not the way to resolve this problem,” he said while expressing displeasure over her press meet.

Humane said that he was shocked by the allegations levelled by his wife. “I am often away from home due to my work commitments. If I drink, I will do so with my friends. When I reach home, I would like to crash on the bed. I have been keeping so busy, where is the time to beat my wife or have an extra-marital affair? I am not a 23-24-year-old who would go for flings,” he said.

The singer told the media about videos, depicting their happy married life and his love for his daughter.

He confirmed that Shriya indulged in binge drinking with her family members and this led to the conflict. “My mother was definitely affected by this and this activity increased following the death of my father,” he said.

While Humane admitted to some cash transaction leading to this discord, he refused to divulge any details. He also refused to respond to allegations made by his mother against his mother-in-law. “My mother spoke to media only after seeing Shriya’s father bytes,” he said.

Shriya, who has left her husband’s house in Cuttack and living at her parental house in Balasore for over five months, had lodged a complaint at Mahila police station accusing Humane of physically and mentally torturing her for the last few months following which they were summoned for counselling on Thursday. After counselling, the couple has been given two days’ time to settle the dispute amicably and asked to report to the police again if they failed to reach a compromise.

Humane Sagar married Shriya Mishra in 2015, his fellow participant in the show Voice of Odisha Season 2. They have a daughter.