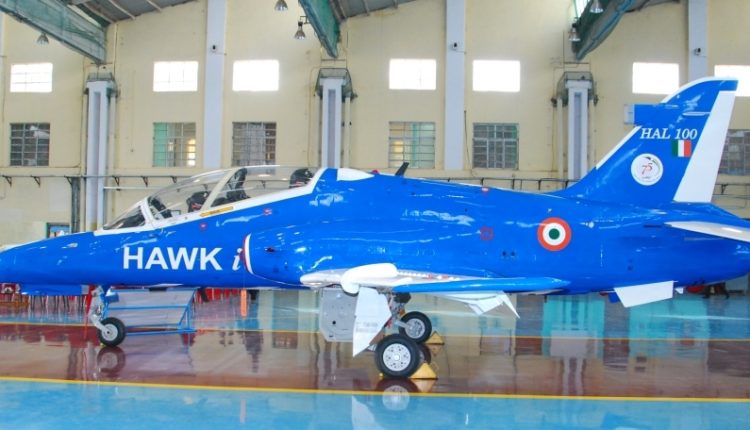 Bhubaneswar: In a boost to India’s air defence capability, the Hindustan Aeronautics Limited (HAL) on Thursday successfully test-fired a Smart Anti Airfield Weapon (SAAW) from the Hawk-i aircraft off Balasore coast in Odisha.

It is for the first time that the stand-off weapon indigenously developed by Research Centre Imarat (RCI), DRDO was fired from an Indian Hawk-Mk132. The SAAW is an aircraft launched weapon in 125 kg category to attack and destroy enemy airfield assets such as radars, bunkers, taxi tracks, runways within a range of 100 kms.

The aircraft flown by HAL test pilots fired the weapon in a text book manner and all mission objectives were met. The telemetry and tracking systems captured all the mission events confirming the success of the trials.

“HAL has been focusing on the Atmanirbhar Bharat Campaign. The company owned HAWK-i platform is being extensively used for certification of systems and weapons developed indigenously by DRDO and CISR labs,” said HAL CMD, R Madhavan.