‘Smart City Bhubaneswar Can Be Role Model For Others’ 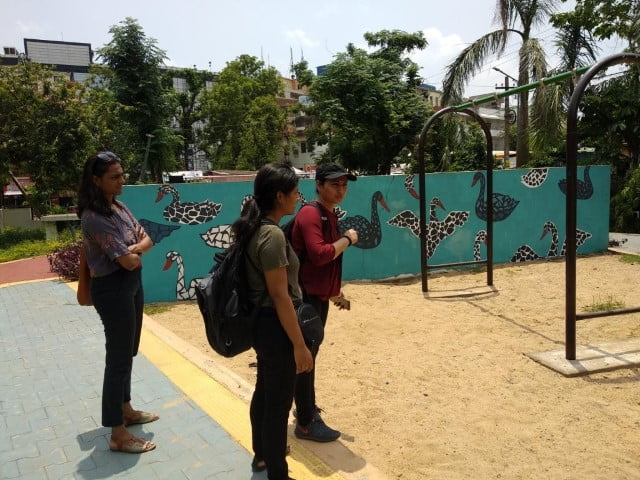 Bhubaneswar: The Odisha capital can set an example for other Smart Cities in the country with its participatory and inclusive initiatives.

This is the assessment of three Smart City fellows, who are in the city to learn and study the various projects under the Smart City Mission.

The three fellows are Subhashweti Sinha, Mansi Naidu and Kirti Kawale. They are touring the city under the guidance of Prof KT Ravindran.

They are especially keen on looking at how public spaces are key to good life quality and improved livability.

The Smart City fellows will study various initiatives to gather knowledge and then provide recommendations to the authorities of Bhubaneswar Smart City Limited (BSCL) on various public space projects.

The fellows for the Smart City Mission under the Union Ministry of Housing and Urban Affairs (MoHUA) are from fields like Urban Planning, Urban Design, Engineering Information and Technology, Urban Mobility, Finance, Social Sector and Environmental issues.

Smart City fellows are travelling across 100 Smart Cities in batches to gather experiences and knowledge on the various projects adopted by the respective cities.

Kirti Kawale, Urban Designer, said, “Bhubaneswar Smart City has taken the right steps in a creative way to use public spaces and helped the citizens to be part of the new experience through such projects. The idea of inclusiveness adopted in the project is also nice and it could guide other cities in planning their future urban interventions.”

Mansi Naidu, an electronic and communication engineering expert, said, “The child-friendly concept of the Bhubaneswar Smart City proposal was unique. One design concept, which is suitable for children, would also help other citizens as well. The citizen-centric participatory approach of the various programmes of BSCL is also good for others to emulate.”

Shubhashweti Sinha, architect and expert in international cooperation, said, “The use of technology like App in Mo Bus and other elements in public transport is a good concept. The heritage area and its inclusion in CITIIS programme in future would also be a good thing to begin with as the city is well-known for its ancient structures and rich cultural heritage and a valuable aspect of the city.”