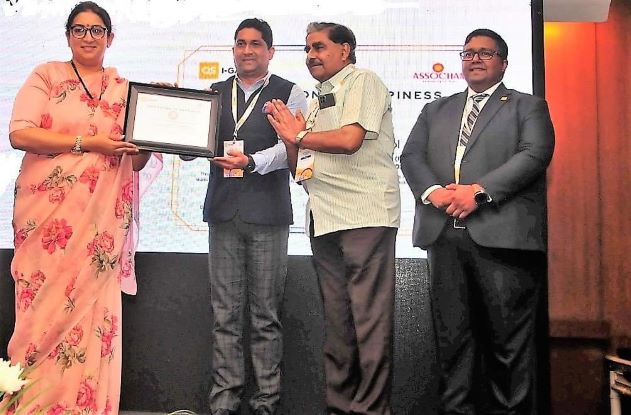 Bhubaneswar: Siksha ‘O’ Anusandhan (SOA) in the city has found a place in the QS I-GAUGE list of ‘Institutions of Happiness’ (IOH).

QS I-GAUGE, Indian subsidiary of UK-based QS Quacquarelli Symonds, prepared a list of IOH comprising 33 universities, colleges and schools after a rigorous assessment of more than 100 institutions across the country, conducted in association with ASSOCHAM.

The certificates were awarded by Union Minister of Women and Child Development Smriti Irani at an event held in New Delhi on Thursday. SOA’s pro-chancellor Prof Amit Banerjee and officer-on-special duty Pritam Nayak received the certificate on behalf of the Deemed to be University.

SOA, ranked as one of the top educational institutions in the country, is the only institution from Odisha to find place in the list. It was ranked 20th in the university category by the National Institutional Ranking Framework (NIRF) in 2021.

Speaking on the occasion, Dr Ashwin Fernandes, CEO and Director of QS I-GAUGE, said quality and excellence were of great significance in imparting education as it enhanced the capacities of the learners who could bridge the gap between the underdeveloped and developed nations. QS I-GAUGE was actively involved in providing global expertise to Indian institutions, he added.