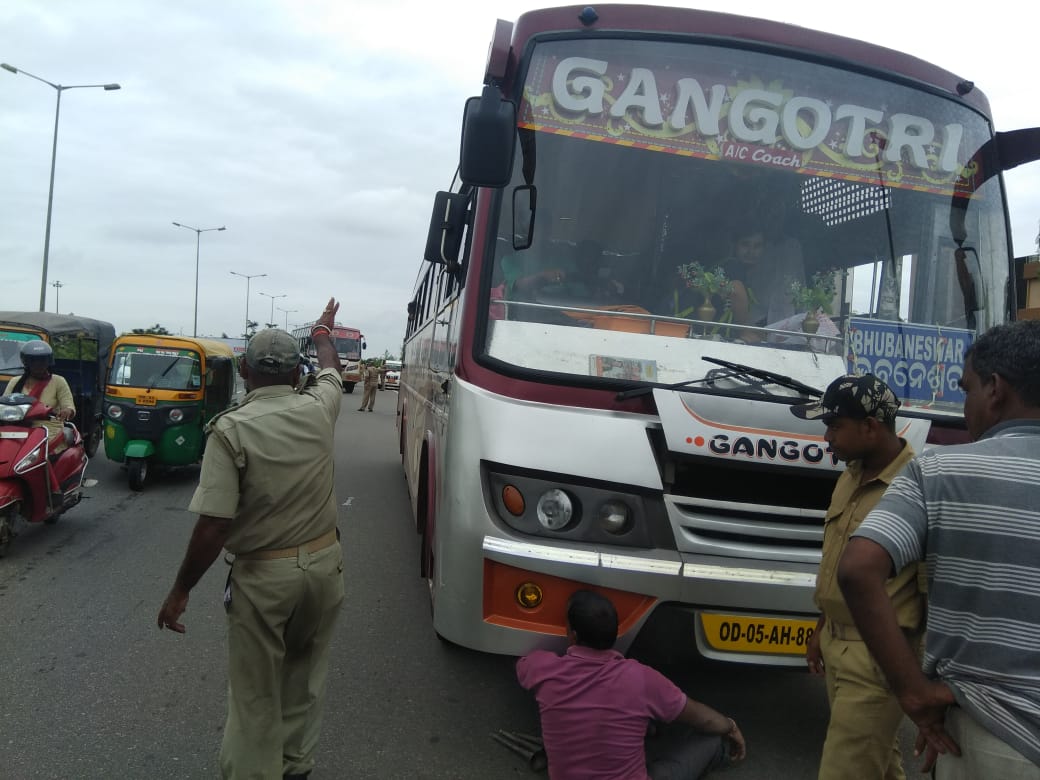 Bhubaneswar: Driving or walking on Bhubaneswar’s roads has become a pain because of the buses’ loud horns.

Notably, the commissionerate police had come up with a gazette notification way back in March 2010 with a set of regulations for all motor vehicles on use of horns. But these guidelines are now being openly flouted. On any given day, buses and bikes blow their loud and multi-tone horns as they zip past busy thoroughfares like Master Canteen and Kalpana Square, Baramunda Bus Stand, CRP Square, Jayadev Vihar, Acharya Vihar, Vani Vihar, Rasulgarh and Palasuni on the National Highway. These horns are often the cause for mishaps.

The commissionerate police, under the Bhubaneswar-Cuttack Police Commissionerate (Traffic and Public Order) Amendment Regulations, 2010, had said that every motor vehicle should be fitted with an electric horn or other devices conforming to the requirements of IS:1884-1992, as specified by the Bureau of Indian Standards (BIS), for use by the vehicle driver to give audible and sufficient warning of the approach or position of the vehicle.

“No motor vehicle shall be fitted with any pressure horn, multi-toned horn giving a succession of different notes or with any other sound producing device giving an unduly harsh, shrill, loud or alarming noise or any other horn not in conformity with the above requirements,” the notification had said.

Besides, the notification had directed the drivers to restrain themselves from blowing the horn needlessly or continuously or more than necessary and creating undue noise when in motion to ensure the safety of the commuters. Besides, the drivers were asked not to blow the horn within 100m of hospitals, clinics, nursing homes, dispensaries, court and educational institutions.

However, neither the commissionerate police nor the transport department has taken any tangible step in this regard.

Regional Transport Officer (RTO) P.K. Mohanty said stern action would be taken and these loud horns fitted on the buses will be seized.

Apart from creating serious noise pollution, the loud horns pose a threat to the life of pedestrians, cyclists and bikers. According to a World Health Organization (WHO) report, noise pollution has a serious impact on health like hearing impairment, interference with spoken communication, cardiovascular disturbances, mental health problems, impaired cognition, negative social behaviour and sleep deprivation.

Odisha MLA Not Alone: Of Elected Representatives And Their Unholy Acts