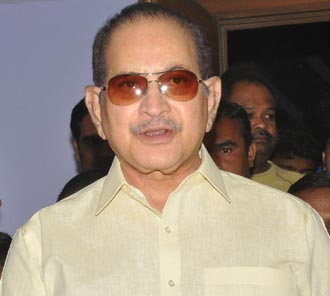 Hyderabad: Superstar Krishna was taken to hospital in an unconscious state after suffering a cardiac arrest, and revived after doctors performed CPR for 20 minutes.

According to doctors of Continental Hospital here, Krishna was brought to the hospital around 2 am on November 14 following a cardiac arrest. After his vitals were stabilised, he was moved to ICU.

The 79-year-old actor has been put under a ventilator and his condition is still critical, doctors informed.

A medical team has been formed to monitor Krishna’s condition as the next 24 hours will be critical.

His actor son Mahesh Babu is at the hospital to be by his dad’s side.

Krishna, one of the most celebrated actors in Telugu film industry, acted in over 350 films in a career spanning five decades.

He was honoured with the Padma Bhushan in 2009 for his contribution to Indian cinema.