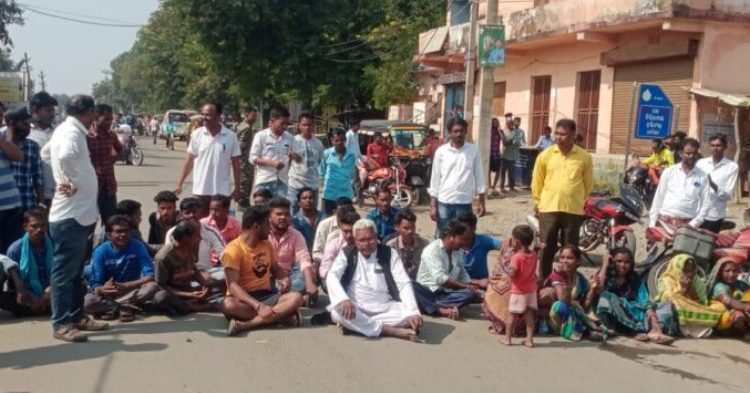 Bhawanipatna: Villagers on Monday staged a road blockade on National Highway in protest against alleged misbehaviour by a doctor with a woman in government hospital in Odisha’s Kalahandi district.

As per reports, Saraswati Bagh of Kebedi village under Dharamagarh block had gone to sub-divisional hospital for tubectomy operation on Sunday. During the surgery, Dr Sadanand Panigrahy not only misbehaved with her but also assaulted her.

Following the surgery, Saraswati returned home in the evening and told her husband Parameswar Bagh about the incident. As Parameswar informed the villagers about misbehaviour by Dr Panigrahy with his wife, they decided to state the road blockade.

On Monday morning, the villagers in large number along with Saraswati and her husband went to the National Highway 26 near the village and staged a dharna. They raised slogans against the doctor for his misconduct. They demanded police action against him and his ouster from the government hospital.

Speaking to the media at the agitation site, Saraswati alleged that Dr Panigrahy told her lie down on her stomach in the operation theatre. As she could not do so due to pain, the doctor abused her and slapped her several times, she added.

Parameswar said as his wife was shocked by the misbehaviour of the doctor, she could not tell him anything in the hospital. Instead, she narrated the incident to Parameswar after returning home.

As the vehicular movement was paralysed on the NH due to the agitation, Dharamgarh police went to the spot and tried to pacify the agitating villagers. After IIC of the police station Dipanjali Pradhan assured the villagers of investigation into the matter, they withdrew the agitation.